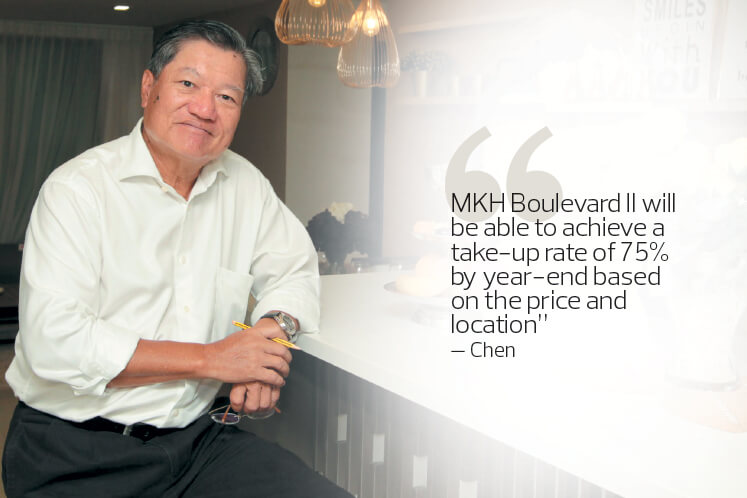 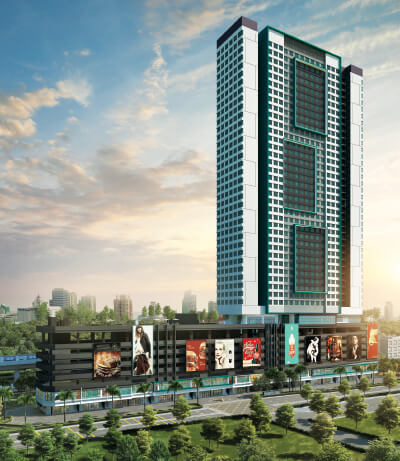 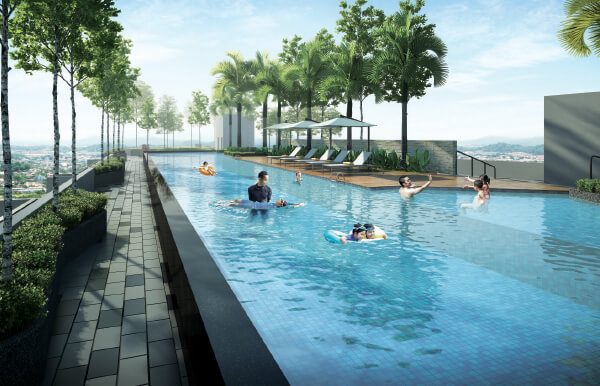 Artist’s impressions ... MKH Boulevard II will offer 604 serviced apartments in a 34-storey block on top of an 8-storey retail and carpark podium. Pictures by MKH

MKH Bhd, formerly known as Metro Kajang Holdings, is noted for its developments in Kajang, Selangor. Over the years, the developer has ventured into other areas in the Klang Valley.

This month, MKH will launch Kajang’s first transit-oriented development (TOD). MKH Boulevard II is located on a 2.4-acre freehold parcel next to the Kajang MRT and KTM interchange station.

With a gross development value (GDV) of RM241 million, it will offer 604 serviced apartments in a 34-storey block on top of a 8-storey retail and carpark podium. There will be 42 double-storey retail units with built-ups of 476 to 1,908 sq ft.

MKH managing director Tan Sri Eddy Chen says most of the retail units will face the main road. Also, the development will be connected to the interchange station via a covered walkway at the ground level.

“We have a good mix of owner-occupiers and investors. Currently, we are selling to buyers on our database, who are from all over the Klang Valley. We have projects everywhere,” Chen says.

He believes that MKH Boulevard II can achieve a take-up rate of 75% by year-end based on the price and location. Both the serviced apartments and retail units are scheduled to be launched on Dec 15.

Chen notes that the starting price of RM250,000 allows young people to own a property and hedge against inflation. Public transport on their doorstep also allows residents to commute.

“We are targeting first-time homebuyers and young families for this project. It is a TOD, so the units can be smaller, which can be starter homes for many people. It allows young people to build equity straightaway … which comes with good growth potential,” he says.

“Also, even our smallest unit (550 sq ft) comes with 1 + 1 rooms, which is good for young families. As for investors, MKH Boulevard II is located opposite New Era University, whose student population can be their potential tenants. There are also various amenities around.” MKH Boulevard II is surrounded by shopping centres such as MetroPoint, Plaza Metro Kajang, Ostia Kajang, Econsave and Tesco Kajang, Kajang Bus Terminal as well as Hospital Kajang and KPJ Kajang Specialist Hospital.

It is inspired by the concept of “nature living” to provide a blend of nature that encourages community living at the facility deck on the rooftop of the podium. Some 50,000 sq ft of space has been allocated for landscaping and facilities.

Chen notes that the road fronting the development, Jalan Bukit, will also be upgraded from the current two lanes into four lanes to ease traffic congestion.

MKH is looking to build more TODs, especially those in the affordable price range, so as to not add to the traffic woes in the Klang Valley. “We are building affordable homes with amenities, which come with public transport, so that people will not be stressed out when they go to work or go out. For example, the connectivity at MKH Boulevard II allows the residents to not only to go around the Klang Valley with the MRT, but also to visit different states on the KTM,” he adds.

MKH has 500 acres of land bank with a total GDV of more than RM10 billion.