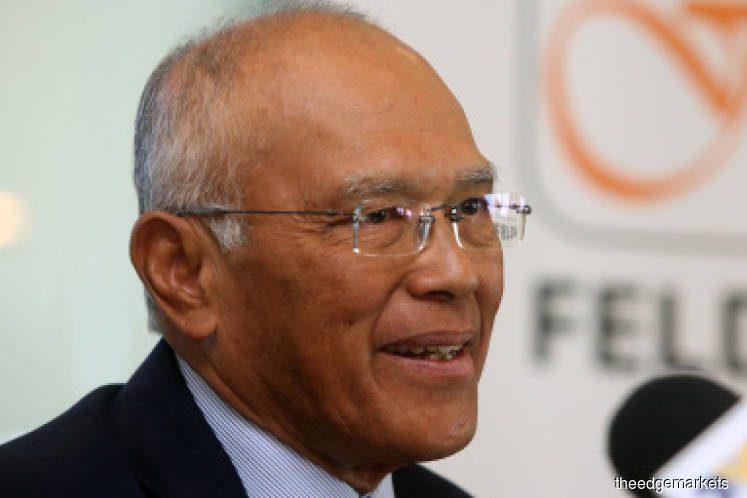 Sources told The Edge Financial Daily that Megat Zaharuddin sent an internal memo to Felda staff revealing his decision to relinquish the chairmanship, noting his last day at Felda is on June 30.

Megat Zaharuddin succeeded Tan Sri Shahrir Samad, who stepped down on May 14, 2018.

“On April 10 this year, the government presented the white paper with a new model for the sustainability of Felda. With this transformation plan, Felda will soon be restructured to succeed in all the efforts by a new Felda.

“That is my journey and involvement during my service here, but my journey has come to an end. Hence today (yesterday), I want to announce my resignation with a heavy heart as Felda chairman,” said Megat Zaharuddin in the memo written in Bahasa Malaysia.

“I hope this fight does not stop here. I urge that Felda officers to continue improving their quality of work, so settlers and the society’s confidence can be restored soon,” he wrote.

During his tenure, the Felda white paper was revealed on April 10, shortly after the agency lodged a police report claiming it was cheated in the PT Eagle High Plantations Tbk deal with Rajawali Group.

Felda has been in the spotlight for the past 12 months, especially in December last year when the 2017 Auditor-General’s (A-G) report issued an unmodified opinion with an emphasis of matter (EoM) to the agency — the third year in a row that the A-G had issued an EoM to Felda.

On Dec 14 last year, former Felda chairman Tan Sri Isa Samad was charged at the Sessions Court with one count of criminal breach of trust and nine counts of accepting kickbacks worth more than RM3 million. The case was later transferred to the High Court and has since been fixed for trial on Oct 7.