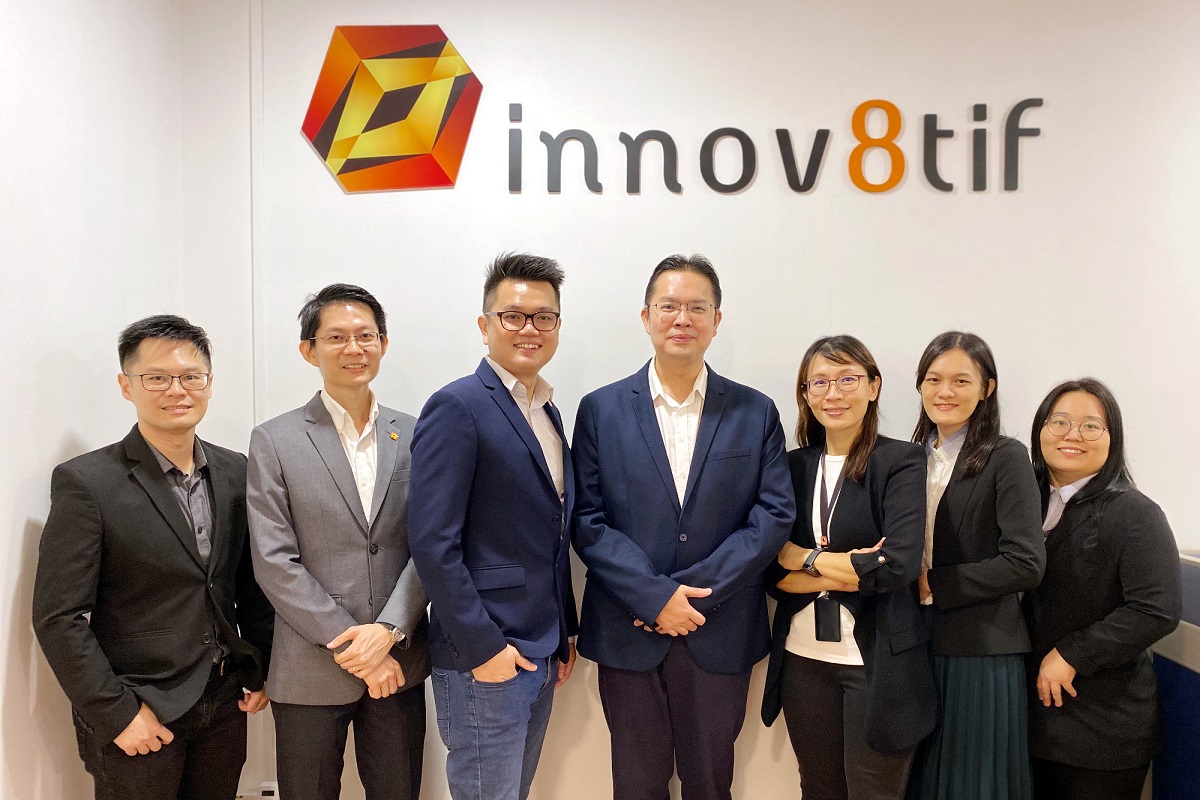 During the recent nationwide lockdown, the majority of business activities involving physical in-person presence were on hiatus. To keep people at home during the Movement Control Order (MCO), the government announced incentives related to free mobile data, but telecommunication dealers and agents were closed.

Fortunately for telcos who already had the electronic know-your-customer (e-KYC) channel in place, they were able to serve the market digitally. Innov8tif Solutions Sdn Bhd chief operating officer Law Tien Soon tells Enterprise that among the five telco brands they provide e-KYC for, he witnessed an average of 279% growth in monthly prepaid SIM card activation from the e-KYC channel, in April (when compared to SIM card activation pre-MCO in February).

“April was a whole month of lockdown and in February, the shops were still open. When we compared the two months, we found there was an average of 2.5 times of growth in electronic registration. This shows that the e-KYC infrastructure was very good ensuring continued business sales,” he says.

Law highlights that during the MCO period, a lot of those in rural communities relied on prepaid cards, which can be activated through the respective telco’s mobile apps. The sale of postpaid plans, however, saw a dip because the registration process still requires in-person onboarding.

“Postpaid plans are more sophisticated. Some people prefer to do it in a shop because they would either want a family plan or mobile phone bundling plan. If this is done online, the telcos would need to sort out the logistics to make sure the phone is delivered to the right person,” he explains.

“Our customers are already talking to us to try and solve this problem with postpaid e-KYC registration and we’re definitely headed in that direction.” Law admits that it took some time for the company to perfect e-KYC. Their initial hurdle in 2018 was to develop a more inclusive facial recognition system as it did not recognise some people who had facial hair. Another thing that they need to consider is exceptional cases such as MyKad number that included an asterisk and addresses without postcodes.

“I couldn't believe it, but there are MyKads with an asterisk after the last digit. These cases are mostly in East Malaysia and knowing this, we are working on a nationwide implementation for online registration and e-KYC.”

Law says fraud activity also picked up among telcos during the MCO period, where people created fake documents to sign up for new SIM cards. Some used this as a way to conceal their identity so that the SIM’s mobile number cannot be traced back after scamming people. In fact, his own brother fell victim to a scam, where his face was used as the face of the scam.

“My younger brother was a victim of a scam where they use his identity online to sell face masks. The scammers disappeared after collecting the money but the victims went after my brother.

“The scammer sent a photo of a photoshopped MyKad with my brother’s photo on it to the buyer to gain their trust, but if the buyer knew how to recognise fraudulent documents, they wouldn’t have been scammed.”

Others, however, would try and cheat the five-SIM card limit to gain access to free data or prepaid monies on new prepaid numbers, especially those who do not have access to WiFi at home.

The number of fraud cases can be reduced, says Law, when people are aware of what to look out for when carrying out a transaction. As he himself is an expert in analysing documents, he shares that a simple way one can ascertain if a MyKad is real is by taking a photo of it and zooming in. If the words “Kerajaan Malaysia” are seen clearly, then the likelihood of it being real is high. This is called a microprint.

“Most [scammers] will scan, photoshop and print the MyKad before using it. Once it is reprinted, there will be no microprint and this is one of the security features,” Law explains.

“We trained an algorithm via machine learning to recognise this microprint. That is what we do and we have a set of 12 algorithms to check if a document has been altered. We actually submitted the microprint detection technology for patent approval in Malaysia.”

He adds that it is easier to carry out the verification process on the new MyKad compared to the old one (without the second black-and-white photo). “The success rate is higher because it (the new MyKad) has more security features.”

“We're trying to [be more inclusive but] it’s a tradeoff between how easily you want to allow people to verify their identity online versus how much fraud are you able to tolerate. If you make it easier, you have to tolerate a lot of fraud.”

One way to help combat fraud online is by having a national digital ID, says Law. He says this will be a game changer as it will allow for much easier and faster ID verification, which is already seen in countries like Singapore.

The conversation surrounding digital ID infrastructure is not new in Malaysia. Former communications and multimedia minister Gobind Singh Deo mooted the idea to establish a National Digital ID in October 2018. On May 8, 2019, he obtained Cabinet approval to carry out a comprehensive study of the framework. According to a press release on the Malaysian Communications and Multimedia Commission (MCMC) website, the study commenced on Nov 21, 2019.

Digital IDs will also allow other sectors to adopt e-KYC into their infrastructure, he adds. “Other than telcos, we also do work for financial services firms. What’s more interesting is the upcoming markets that want e-KYC or digital ID verification in general, such as property technology (proptech).”

“We witnessed it during the pandemic, where a proptech company wanted to carry out rental agreement signing online. Imagine how much easier and how much money can be saved when it can be done virtually.

“Innovation in online ID verification is no longer simply a competitive edge for businesses; it is becoming an essential part of digital B2C strategy for any business to support customer onboarding 24/7 in a low-touch economy.”