MCO on Selangor, KL, Johor and Penang to be lifted on Friday 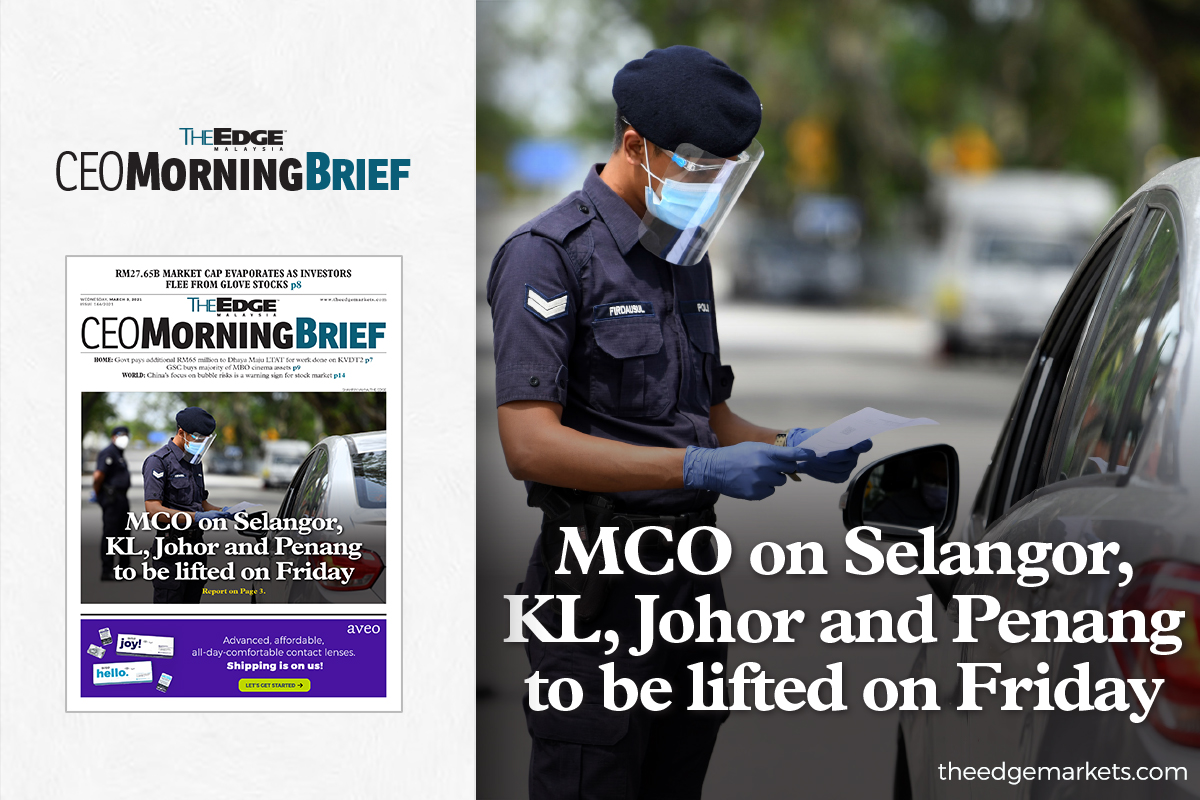 The MCO on these states was reimposed on Jan 13 and extended twice as Covid-19 infections jumped, reaching a record daily high of 5,728 cases on Jan 30, with Health director-general Tan Sri Dr Noor Hisham Abdullah forecasting then that daily cases could reach 8,000 by March, if the spread of the virus was not brought under control.

The easing of restrictions comes a week after the country kick-started its coronavirus vaccination programme, with Prime Minister Tan Sri Muhyiddin Yassin being the first to receive the vaccine shot last Wednesday.

As for the CMCO in Kedah, Kelantan, Negeri Sembilan, Sarawak and Perak, Ismail Sabri said it would remain in place, while the CMCO in Melaka, Pahang, Terengganu, Putrajaya, Labuan would be changed to Recovery Movement Control Order or RMCO.

"The order will be effective from March 5 to 18, except in Sarawak, where the RMCO implementation will start from March 2 to March 15. Perlis will remain under RMCO,” he was quoted as saying by the news agency.

Meanwhile, Ismail Sabri said the prohibition on crossing states nationwide will also remain in place, while travelling across districts is allowed except for Sabah. The inter-district ban in Sabah will be maintained for two weeks from March 5, he said, based on the request of the state government.

"We understand Sabah is very big, one district in the state is larger than most states in the Peninsula. As such, the Sabah government asked the matter (cross district) to be postponed in the state,” he said at a media conference on the status of the MCO today.

“As such, movements from Kuala Lumpur or Selangor to Putrajaya will still need police permits, except for those working and those with letters from their employers,” he added.

Ismail Sabri also updated that the EMCO in the flat and housing areas of Town Villa in Sibu Jaya, Sibu, Sarawak will be lifted according to schedule on Thursday, except in blocks C, H, J, K, L, N and R which has been extended to March 11.

He said a risk assessment by the Ministry of Health (MoH) found a decline in cases from the Town Villa housing area and some flats there.

Meanwhile, 400 individuals were detained yesterday for violating the standard operating procedure (SOP) with 352 compounds issued, while 48 people were remanded for various offences, including not providing facilities to record customer details.