Mayland’s Dorsett Waterfront Subang to be reintroduced on Sept 6 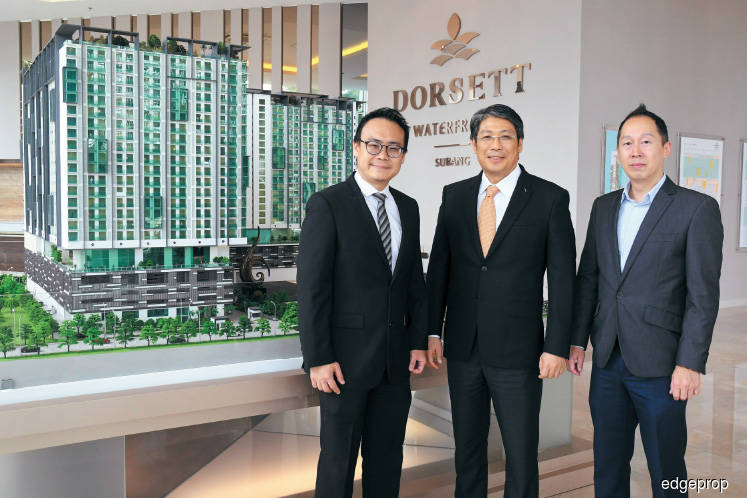 To be jointly developed with Dorsett Hospitality International Ltd, a subsidiary of Far East Consortium International Ltd, the serviced apartments will offer concierge services and have an estimated gross development value of more than RM1 billion.

Sited on a 4.5-acre freehold parcel with a commercial title in SS12, Subang Jaya, Selangor, the project will comprise three 21-storey blocks with a total of 1,989 fully furnished units. Their built-ups will range from 399 to 1,515 sq ft, but most of the apartments will be studio and one-bedroom units of below 600 sq ft each.

“While it is no secret that the local property market is facing trying times, prospective buyers are looking at the affordable segment with creative products in the commercial sector,” Mayland managing director Datuk Kevin Woo said at a media preview on Aug 22.

The development was first launched in 2012 but was suspended after Majlis Perbandaran Subang Jaya filed a lawsuit against Mayland for selling hotel suites as serviced apartments without permission. While MPSJ won the case in 2016, the Court of Appeal reversed the High Court’s decision in April last year.

According to Woo, the project will be targeted at middle managers, young professionals and investors. “To date, more than 750 units have been taken up, including 400 that were taken up before the suspension of the project. Hence, we are optimistic that the development will generate more sales before we commence piling works in November.”

The carpark of the Dorsett Grand Subang hotel, which overlooks the Subang Ria Recreational Park, will be demolished to make way for the project.

“In addition to the natural attributes provided by the Subang Ria Recreational Park and its lake, and as part of our efforts to bring nature into the development, we are investing about RM4 million to build a 100,000 sq ft landscaped podium, which will have a wide range of facilities,” said Woo.

The maintenance fee will be 35 to 55 sen psf per month.

Among the facilities at the podium will be an outdoor Jacuzzi, outdoor/garden gymnasium, outdoor lounge and bar, wading pool, infinity lap pool, reading room and childcare centre. Meanwhile, the rooftop facilities will include an open deck, water feature and garden.