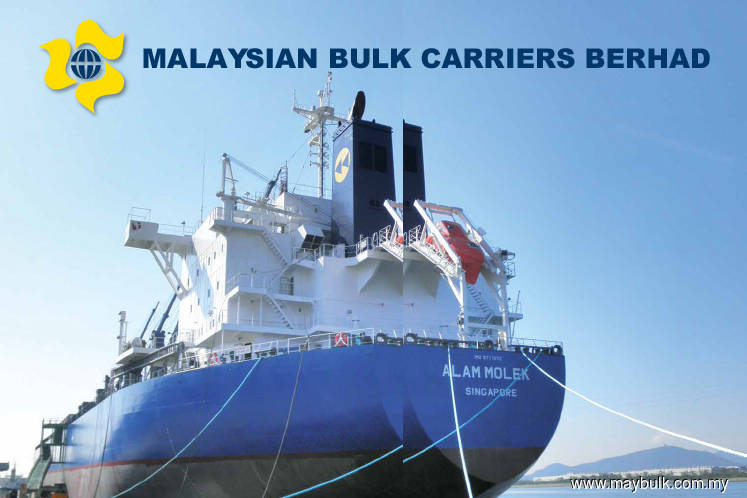 KUALA LUMPUR (Aug 14): Malaysian Bulk Carriers Bhd’s (Maybulk) losses in the second quarter narrowed significantly to RM6.94 million, from RM151.27 million a year earlier, as the group did not have to contend with losses from a now-disposed associate company.

For the first half of the current year (1HFY19), Maybulk’s losses narrowed to RM17.70 million, from RM165.62 million in the corresponding period last year.

Last year’s first half figures, the group explained, included losses from an associate company totalling RM8.40 million, as well as an impairment loss on the associate amounting to RM147.66 million.

Given the associate company was sold off in October 2018, the group said the losses seen last year did not recur.

On its prospects, Maybulk said the increase in seasonal soya bean shipments from Brazil to China which started in March this year,  and the subsequent resumption of Vale’s iron ore shipments in June, helped drive freight rates higher, particularly for its Capesize and Panamax vessels.

Furthermore, the world operating fleet is expected to decline in the second half of this year, as more vessels are taken off for scrubber retrofitting in preparation for new emission regulations, which will come into effect on Jan 1, 2020.

Therefore, the combination of greater tonne miles from soya bean and iron ore shipments and a reduced world operating fleet, is expected to yield better freight rates in the second half of 2019, the group said.

Maybulk’s share price closed half a sen or 0.90% higher at 56 sen today, valuing the group at RM560 million.