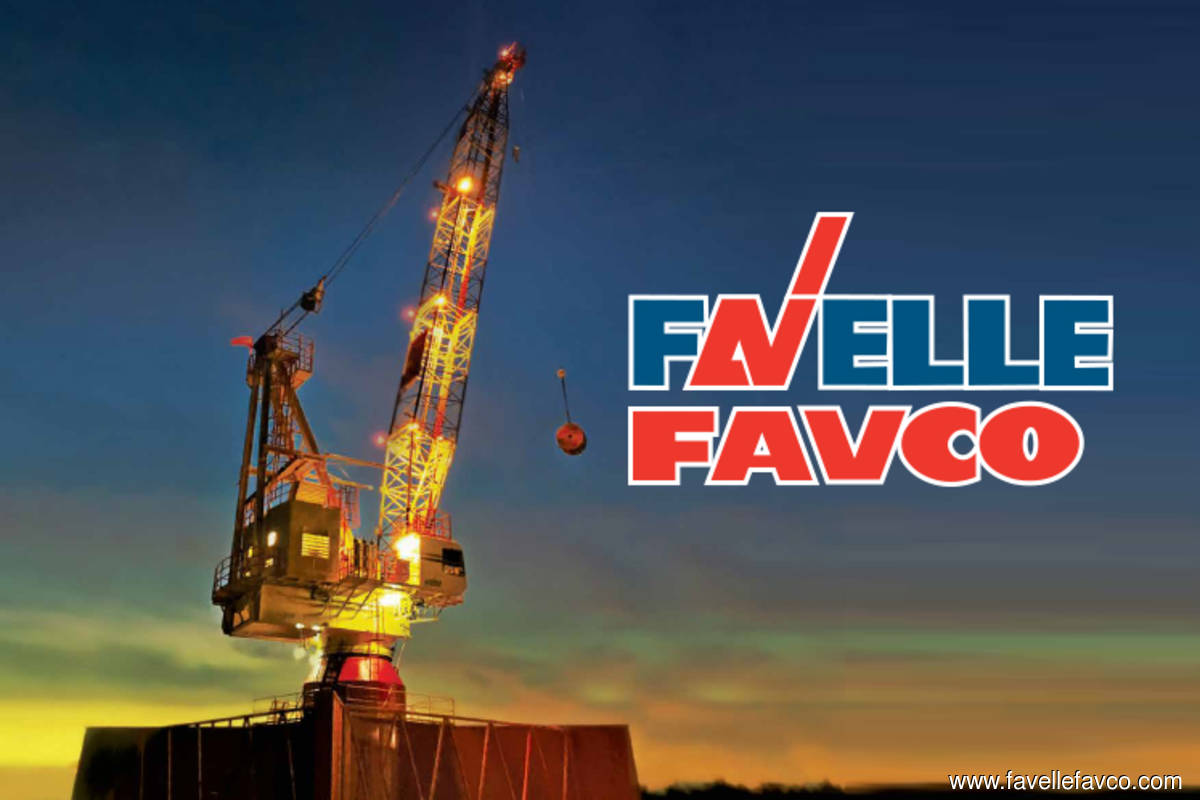 KUALA LUMPUR (May 27): Maybank Investment Bank (IB) said on Friday (May 27) that it had downgraded Favelle Favco Bhd to "hold" from "buy" and cut its target price by 28% to RM2.15 as it sees the stock as less attractive on earnings downgrades, weaker financials and a lack of catalysts ahead.

The research house's analyst Liaw Thong Jung said in a note that Favelle Favco reported lower earnings (-30% year-on-year [y-o-y]) for the first quarter ended March 31, 2022 (1QFY22), making up 15% of his full-year estimate, largely on weakness in the company's crane manufacturing operations, which led to 13% to 25% cuts in the research house's earnings forecasts for FY22 to FY24.

While the oil and gas space is seeing tangible recovery, both in sentiment and activities, the analyst expects a lagged impact on Favelle Favco’s order book.

Its order backlog stood at RM529 million as of May, with the crane manufacturing operations making up 83% of it.

“Managing costs will continue to be one of its key priorities, alongside order book sustainability,” Liaw added.

While the interim dividend payout announcement of 85 sen per share (a 26% yield) was a positive surprise, the analyst opined that Favelle Favco’s net cash will fall to RM14 million or three sen per share from RM203 million as of March 2022.

With a lower cash pile, he does not foresee a final dividend from Favelle Favco for FY22.

“The surprise interim dividend of 85 sen per share was well received and priced in. That has since muted much excitement, with no catalysts ahead, barring some headwinds (lower earnings and weaker financials) ahead,” he said.

The decrease in the group's revenue and profit before tax was mainly because crane production progress was affected by the quarantine of some operational staff and workers due to Covid-19 cases during the period, Favelle Favco said in a bourse filing.

“The global economic slowdown in 2020 continued into 2021 as result of the Covid-19 pandemic. Even though there was an improvement in 2021 order intake, the overall situation is expected to remain challenging in 2022 due to effects of the Ukraine war. The group will be taking appropriate measures and actions to cater for its business undertakings,” it said.

While the group did not declare any dividend for the latest quarter, it on May 5 declared the dividend of 85 sen for FY22, its highest ever.