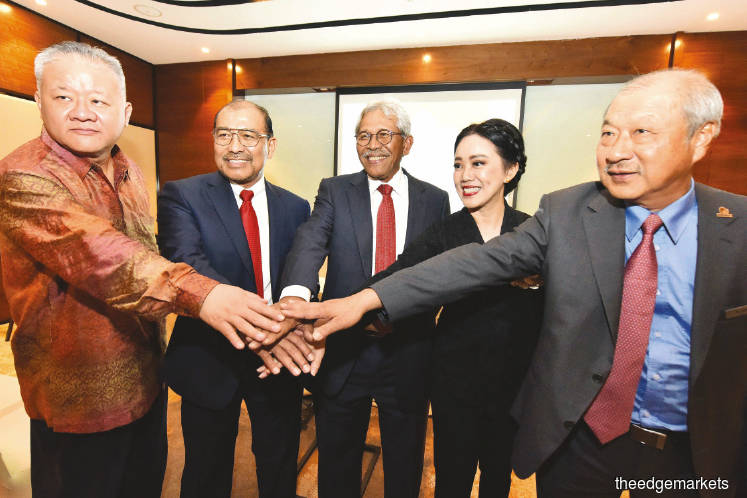 It came after last year’s signing of a memorandum of understanding between Matrix Concepts, BKS and PT Nikko Sekuritas Indonesia (NSI) for a joint development dubbed PIK 2 Sedayu Indo City. NSI is the financial adviser of the project.

Matrix Concepts chairman Datuk Mohamad Haslah Mohamad Amin noted at the launch  that the project also marks its venture into PIK 2, which is slated to be the next financial centre of Jakarta. “The launch of Menara Syariah Twin Towers represents the first phase of our participation in developing the Islamic Financial District in PIK 2, which aims to attract leading international and domestic corporations to create a vibrant international commercial hub.”

The International Financial District, which will require an investment of US$5 billion and is to be developed over 10 years, is slated to actualise President Joko Widodo’s mission to make Indonesia a global shariah financial market.

Menara Syariah Twin Towers, which will have a gross development value of US$250 million, will take up 1.4ha. The two 29-storey office towers will have limited retail space.

Upon its scheduled completion by end-2021, the development will have more than one million sq ft of gross floor area. It comes with retail units, a landscaped observation deck, an infinity pool, prayer halls and 23 floors of office space. It is currently at the piling stage.

The retail space will occupy less than 3% of the total gross floor area, Matrix Concepts founder and deputy chairman Datuk Lee Tian Hock said at the launch. He added that the office space is selling for IDR44 million per sq m and the JV will first target local banks.

“We will sell one tower first, then we will decide whether we want to sell the second tower or keep it as recurring income. After that, we will continue to develop the remaining 2.2 ha, [on] which we plan to build offices related to Islamic finance,” he added.

Spanning 2,650ha, PIK 2 is a mixed-use waterfront city that is being jointly developed by Agung Sedayu and Salim. It is located

Agung Sedayu and Salim have launched two apartment projects in PIK 2 — Tokyo Riverside and Osaka Riverview — that have seen a take-up rate of 70%. Menara Syariah Twin Towers is the first commercial project there.