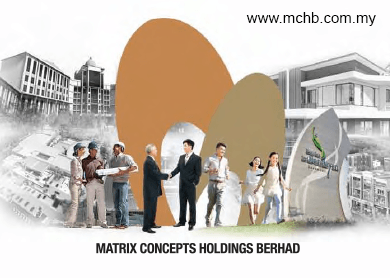 The acquisition is targeted for completion by the third quarter of financial year ending Dec 31, 2015 (3QFY15).

We are not entirely surprised by the announcement as we understand the group has been on the lookout for expanding its footprint outside Seremban and Kluang.

Furthermore, we gathered that the current gross development value (GDV) of the project is RM500 million, based on approved density of 60 units per acre.

We understand that Matrix Concepts intends to increase the density to 80 to 90 units per acre, which could increase total units to 464 to 522 from 346 currently.

Assuming a similar ratio of GDV per unit, the potential GDV of the revised development could increase to RM670 million to RM754 million.

We view the pricing of RM95 million or RM375 per sq ft to be fair as it accounts for 19% of total GDV, in line with the industry rule of thumb of 20%.

Moreover, upon regulatory approvals for higher density per acre, the group’s total costs per GDV would be lower.

Turnaround of the project will also be faster given that it already has approvals for development.

Based on the approved project details, we opined that the project would be a high-end development and the estimated construction period would be four years.

However, our concern lies in the take-up rate of the development given the high-end nature of the project, coupled with the already bleak property sector outlook.

This acquisition would turn Matrix Concepts from net cash to net debt with a net gearing of 0.1 times. Despite this, the group’s balance sheet remains healthy with room for more acquisitions (if any) before it reaches the net gearing level of 0.5 times. — Hong Leong IB Research, April 22 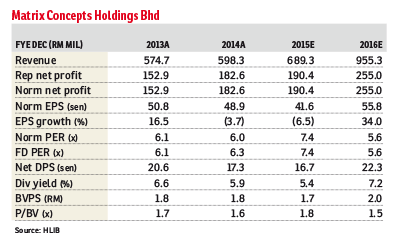