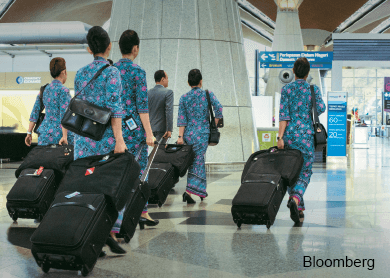 "There might have been a misunderstanding on the total payment. The total payment comprises two parts, made up of a base payment and an ex-gratia payment,” said the national carrier, which has decided to lay off 6,000 staff as part of its restructuring plan.

“Base payment is not to be confused with ‘base pay’ or ‘base salary’.

What’s important is to note that the total payment is based on the formula similar to the CAs,” said MAS in a statement yesterday.

"Exiting employees covered by the CAs can be fully assured that they will receive a total payment based exactly on this formula, and not one sen less,” said the national carrier.

Confusion arose when severance letters stated that MAS staff would be getting a combination of base pay plus ex-gratia to make up the CA terms.