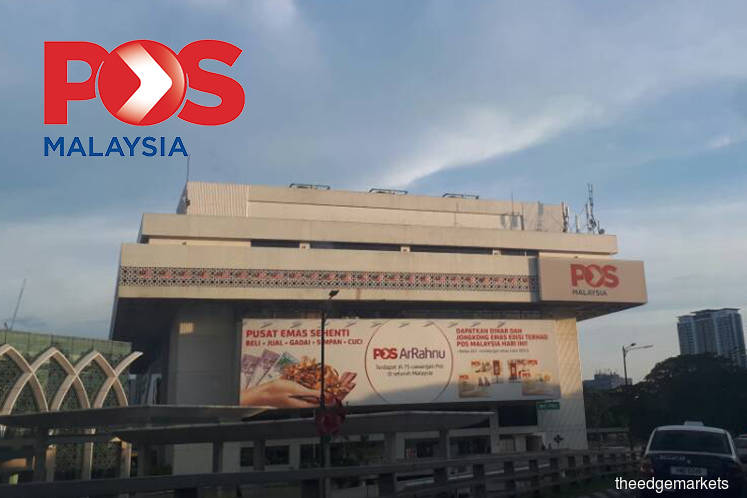 THE market seems to have shrugged off the unexpected resignation of Pos Malaysia Bhd group CEO Datuk Mohd Shukrie Mohd Salleh, as the share price has rebounded from its recent decline. Citing his intention to make a career change, the company announced Shukrie’s resignation on Dec 11. In the same announcement, the company said Datuk Azlan Shahrim had been appointed as the covering group CEO until a suitable candidate is appointed.

In a knee-jerk reaction, the share price declined 29 sen or 6% to close at RM5.10 on the day of the announcement, before touching a four-month low of RM5.07 on Dec 26.

“It was a surprise to the market. Over the years, Shukrie has given a bit more clarity and guidance in terms of the direction of the company, which has improved Pos Malaysia’s share price. Previously, there was not much communication with the investment community,” says RHB Research Institute Sdn Bhd analyst Michelle Foong.

Shukrie joined Pos Malaysia as chief operating officer in July 2011, following DRB-Hicom Bhd’s acquisition of a 32.21% stake in the former from government investment arm Khazanah Nasional Bhd for a total of RM622.79 million.

Prior to that, he served as the CEO of KL Airport Services Sdn Bhd (now Pos Aviation) and had previously filled several leadership positions in companies within the DRB-Hicom group.

In November 2015, he was re-designated group CEO of Pos Malaysia and initiated a much-needed transformation. The group shifted towards the e-commerce space, with the acquisition of KL Airport Services, and its partnership with Lazada Group for the RM60 million e-commerce regional distribution centre in the Digital Free Trade Zone (DFTZ).

The five-year SCORE 2.0 plan was initiated, aimed at developing the group’s e-commerce offerings while improving the revenue contribution from some of its existing postal and courier operations, as margins had declined since 2014.

While the counter saw a correction following the announcement of his departure, the market seems to have brushed off the development as the share price had rebounded to RM5.25 at the time of writing.

RHB’s Foong says the news was a short-term negative, adding that the company’s fundamentals have not changed. She adds that the upcoming earnings announcement for the third financial quarter ended Dec 31, 2017 (3QFY2018), will have a greater bearing on the share price.

“It really depends on how well the upcoming quarterly numbers perform. The third quarter is traditionally the strongest quarter for Pos Malaysia,” says Foong, adding that the company should remain fundamentally strong if it continues with the initiatives begun under Shukrie’s leadership.

The group posted a strong set of results for 2QFY2018. Net profit jumped 179% to RM18.83 million year on year, boosted by the newly acquired logistics business and strong growth in the courier operations. Revenue for the quarter grew 49% y-o-y to RM587.16 million.

“Fundamentally, Pos Malaysia should be unchanged but we acknowledge the good performance the company has seen under Datuk Shukrie’s leadership,” he says.

“The earnings outlook seems positive at this juncture, mostly contributed by its growing courier volumes due to e-commerce, coupled with the new inclusion of the logistics segment.”

Chan adds that Pos Malaysia is one of the direct beneficiaries of the DFTZ, as it is the operator of the e-Fulfilment Hub, but notes that the postal services operations are expected to continue to be loss-making, due to the group’s inability to close down post offices.

Macquarie Equities Research is positive on the company’s outlook going forward, with the highest target price among the research houses of RM7.30, offering a 39% upside to its close of RM5.25 on Dec 28.

Macquarie says the appointment of Pos Malaysia for the first phase of DFTZ raises the possibility of the company being selected for the bigger second phase, which is expected to be ready in 2019.

“This, coupled with reforms to make it a more efficient postal operator, underpins Pos Malaysia as our top pick in the Malaysia transport sector,” the research house writes in a recent note.