Market performance in 2018 expected to be like last year, says JPPH 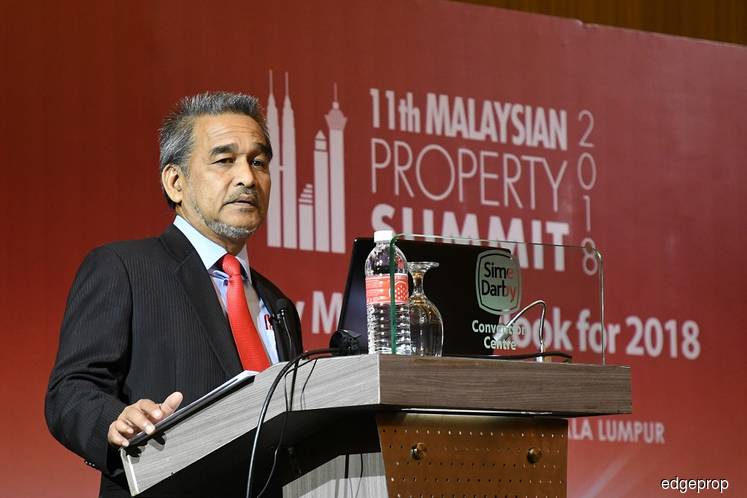 Given the positive growth in the country’s GDP and improving market sentiment, Nordin believes that the total transaction volume and value in 2018 will maintain at levels similar to 2017.

Data from JPPH’s National Property Information Centre (Napic) showed that although the total transaction volume had continued to drop in 9M17 with 229,529 recorded in the period, 4.3% lower than in 2016, it was a lower rate of decline than the 11.9% and 6% y-o-y dip recorded in 9M16 and 9M15, respectively.

“2017 [was] better. The increase in transaction value [in 9M17] was contributed by several major land deals involving some major developments, such as Bandar Malaysia,” he said, adding that the transaction volume in 2017 is expected to reach 300,000 by the end of the year.

“The transaction volume [in 2018] will also come around at the 300,000 level. And it seems like the value keeps increasing and there is no sign that it will drop, so I think overall, the market will maintain,” he added.

On the residential property front, more construction activities were seen in 9M17, indicating optimism among developers.

In his keynote address, he said the positive economic growth in 9M17 has gradually reinstated confidence among industry players.

He added that the government is taking all steps and measures to ensure the property market remains competitive and resilient with the allocation of RM2.2 billion in Budget 2018 as the housing sector continue to tops the national agenda.

“There has been much discussion on the decision by the government to freeze new developments involving shopping complexes, office buildings, condominiums and serviced apartments worth more than RM1 million.

“This bold decision is undertaken to ensure the sustainability of the property market in the long run. Nevertheless, considerations will be given to developers who may wish undertake developments that worth more than RM1 million,” he said.

EdgeProp.my was the event’s media partner.