BEHIND THE STORY: The Debt Spiral by theedgetv 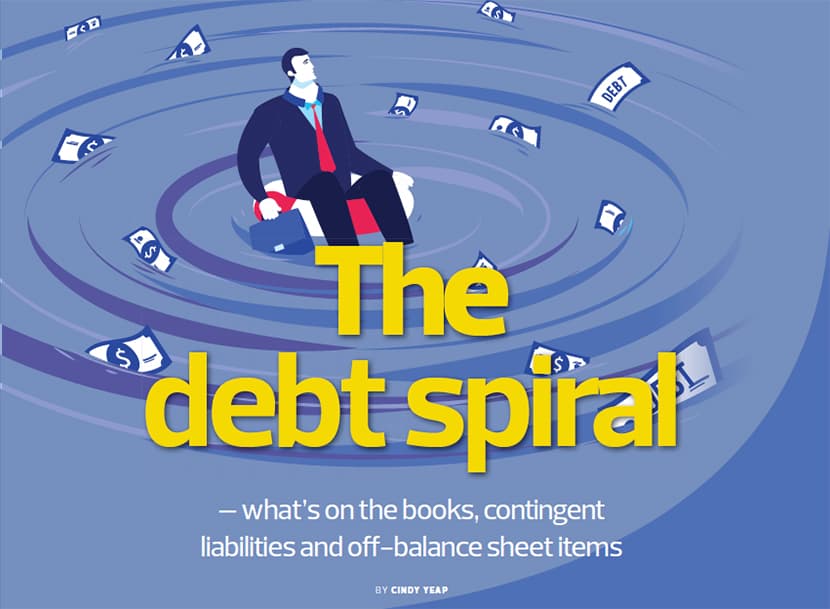 A big part of the debt spiral is because operating expenditure grew an average 6% a year in the past 10 years to RM219.91 billion in 2017 from RM123.1 billion in 2007 — faster than its revenue growth, The Edge Malaysia's senior news editor Cindy Yeap wrote in the publication's cover story, 'The debt spiral — what's on the books, contingent liabilities, and off-balance sheet items', for the week of Jan 8 — Jan 14.

A budget or fiscal deficit happens when a government spends more than it earns that year. So, when the government said on Wednesday (Jan 3) it would unlikely be able to meet its zero budget deficit target by 2020, and would instead need up to three more years to do so, it was not surprising. At least not to a number of economists who had expected as much. They also do not think the country will pare down its debt substantially, if at all, in the coming five years, the weekly wrote.

The excess spending doubled from about RM20 billion a year in 2003-2007 to RM34 billion in 2008, peaking at nearly RM44 billion in 2009, before improving to RM35.17 billion in 2015, only to go up again, according to the weekly. If federal government debt is allowed to continue growing at the rate it has in the past decade, it could reach RM1 trillion by 2021, RM2 trillion by 2028 and RM3 trillion by 2032, the weekly's back-of-the-envelope calculations show.

About RM75.7 billion of government debt will mature this year, higher than the RM71.3 billion last year, according to economists at AllianceDBS Research. Between 2018 and 2022, a total of RM363.7 billion or 51.9% of total debt is set to mature, the team’s Jan 5 report noted.

"Endorsements by global sovereign debt rating agencies mean there is no immediate worry that Malaysia will not be able to honour its debt obligations.

Still, the maturing debt papers could spell new borrowings, likely at higher cost, with interest rates 'normalising' across the globe. Bank Negara Malaysia too is widely expected to raise its key overnight policy rate by 25 basis points this year," the weekly wrote.

That could mean more money to service debt in the future, unless something is done to significantly reduce the total outstanding debt, it noted.

As at end-September 2017, federal government debt stood at RM687.43 billion (51.1% of GDP). That's not including the government-guaranteed debt of RM226.88 billion (16.9% of GDP), in which entities like Ministry of Finance Inc-owned 1Malaysia Development Bhd (1MDB)'s debt falls.

As at end-2016, debt with direct government guarantees stood at RM187.23 billion, of which RM5 billion was from 1MDB (30-year bond) and RM699 million from TRX City Sdn Bhd (formerly 1MDB Real Estate Sdn Bhd). There was also RM4 billion from its former subsidiary SRC International Sdn Bhd that was transferred to the MoF in 2012, according to the weekly.

What's more, a lot of infrastructure spending has been taken off the federal government budget, "which reduces transparency and accountability, not just to Parliament, but also to the public,” economist Professor Jomo Kwame Sundaram told the weekly.

To read more about the repercussions of that, what Malaysia's actual debt burden is — and which are the entities with federal government loan guarantees  — pick up a copy of The Edge at newsstands near you today.