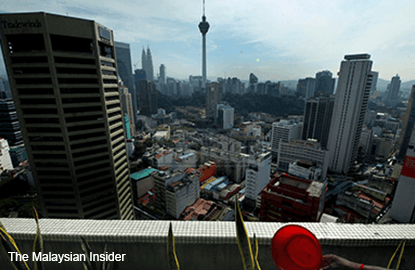 “We continue to project GDP to increase 4.8% this year, but now, see growth weakening to 4.5% next year,” it said.

The rating agency also adjusted downward, its forecasts for GDP growth for many Asia Pacific sovereigns, as high frequency indicators suggest the pace of economic expansion across Asia Pacific is cooling.

“We previously expected regional output to pick up from this year to next, we now expect a slower but solid rate of growth in both 2015 and 2016,” It added.

It said weak demand from China has dampened the overall export outlook for the region, while softer commodity prices weigh on some sovereigns’ export revenues, external positions and fiscal balances.

Internally, an anticipated investment boost from government infrastructure spending has not materialized in some cases, it added.

Moreover, it said, households are saving more of the income gains from lower energy costs than we previously expected, despite easing by central banks in the region. Market volatility and political risk are also weighing on confidence.

Although lower growth is negative, Moody’s said sovereign credit quality remains intact. On average, it is still stronger than in most other regions and the risk of deflation is minimal.

“In addition, government debt-to-GDP levels are largely moderate, offering some space for fiscal stimulus. As such, we expect Asian sovereign credit profiles to remain resilient to the growth slowdown,” it said.