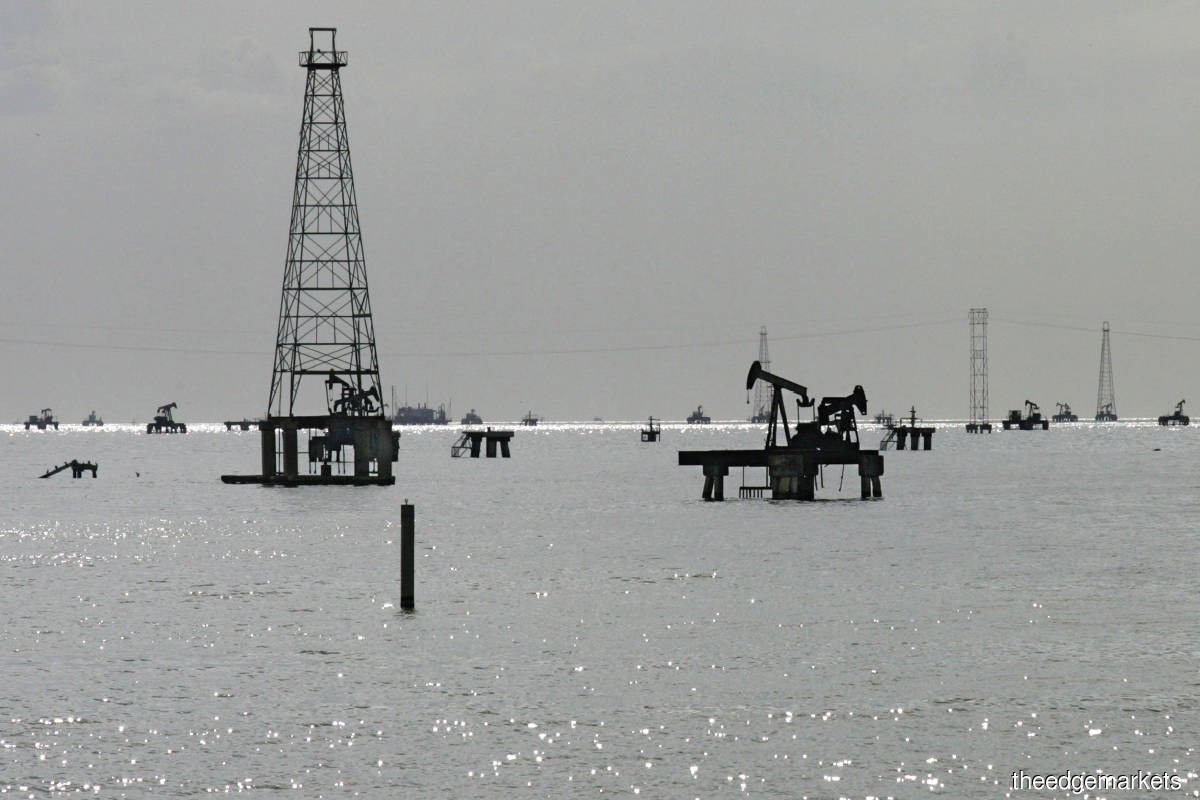 ANY proceeds from a business structure under a fraudulent deal is seizable by the public prosecutor — that is the position taken by the Malaysian government in its latest forfeiture action against Tarek Obaid, PetroSaudi International Ltd (PSI) and three others involving more than US$340.26 million (RM1.4 billion).

Malaysia’s — and the Malaysian Anti-Corruption Commission’s (MACC) — first international forfeiture action is in relation to 1Malaysia Development Bhd (1MDB), with the application filed on July 10 and now fixed to be heard before Judge Mohd Nazlan Mohd Ghazali on Aug 28, at the Kuala Lumpur High Court.

The 104-page supporting affidavit by MACC investigating officer Mohd Afiq Abdul Aziz sighted by The Edge details the origins and web of deceitful transactions covering a span of 11 years. Tarek and Mahony also face a separate charge of money laundering US$300 million on Sept 30, 2009 at Switzerland-based JP Morgan (Suisse) SA. The funds are allegedly the proceeds of an unlawful activity committed on 1MDB.

The charge sheet claimed that the money was deposited into the bank account of joint-venture company (JVCo) 1MDB-PetroSaudi bearing the number 7619400 and that the duo committed an offence under Section 4(1)(a) of Malaysia’s Anti-Money Laundering, Anti-Terrorism Financing and Proceeds of Unlawful Activities Act 2001.

Following the filing of criminal charges against Tarek and PSI, Malaysia filed the forfeiture claim in Kuala Lumpur.

All the transactions happened between 2009 and 2019 — before the 1MDB-Tanore phase, in connection with which Najib is standing trial on 21 counts of money laundering and four charges of abuse of power involving RM2.28 billion.

It started with a dubious JV

The present action follows investigations by MACC that began late last year, the testimony of former 1MDB CEO Datuk Shahrol Azral Ibrahim Halmi — described by MACC as “invaluable in its investigation” — and help from the US Department of Justice and the UK-based International Anti-Corruption Coordination Centre (IACCC).

1MDB-PetroSaudi was formed in the British Virgin Islands on Sept 18, 2009, for possible exploration into Turkmenistan and Argentina. 1MDB signed an agreement with PetroSaudi Holdings Ltd to enter into a partnership under the JVCo 10 days later.

The terms of the 1MDB-PetroSaudi JV included the following:

•     JVCo was to own the Argentina and Turkmenistan oil assets with an aggregate value of at least US$2.7 billion; PetroSaudi Holdings was already the owner of 1.5 billion shares of the JVCo and had previously extended a US$700 million loan to the JVCo on Sept 25, 2009; 1MDB was to subscribe to one billion shares for a consideration of US$1 billion, to be delivered into the JVCo’s BSI Swiss Bank account on or before Sept 30, 2009;

•     Following 1MDB’s subscription of the JVCo’s shares, the JVCo would repay PetroSaudi Holdings the US$700 million advance on or before Sept 30, 2009; and

•     The valuation of the oil assets would be procured by 1MDB by Sept 30, 2009 and, should the oil assets be valued below US$2.7 billion, 1MDB had the right to terminate the JVCo agreement.

In his affidavit on Sept 30, 2009, MACC investigating officer Afiq claimed that US$20 million was paid to Tarek — a payment he described as “suspect” because of his “complicity in the conspiracy to defraud and [commit] fraud against 1MDB”. Afiq further claimed subsequent payments were made to the Saudi national.

The JVCo then allocated 60% of its shares to PetroSaudi Holdings, and the remaining 40% to 1MDB. Tarek then asked for the US$700 million payment.

1MDB paid US$1 billion for the one billion shares in the JVCo — the funds were raised from AmBank issued bonds — but US$700 million was moved into Goodstar Ltd, which was incorporated in Seychelles and controlled by Jho Low. The authorities claim Goodstar was made out to be owned by Prince Turki from Saudi Arabia.

The remaining US$300 million was put into the JVCo, and it is this sum that gives rise to the present action.

The Turkmenistan and Argentina ventures went bust and, as reported in the ongoing 1MDB-Tanore trial, the 1MDB board raised alarm bells in October 2009, following the questionable US$700 million transfer to Goodstar, a company that was not affiliated to PSI.

Uncomfortable with the questionable partnership and transactions, as well as unsatisfactory answers provided to them, 1MDB board chairman Tan Sri Mohd Bakke Salleh resigned on Oct 19, 2009, followed soon after by fellow director Tan Sri Azlan Zainol.

Following the diversion of US$700 million to Goodstar, even the US$300 million was rerouted.

In his affidavit, Afiq claimed that the US$300 million transferred into the JVCo did not serve its purpose, that is, to be used for the Turkmenistan and Argentina ventures, but it was instead rerouted within PetroSaudi entities to establish drilling operations in Venezuela, specifically for PSOSL.

Subsequently, Neptune agreed to an acquisition by PSOSL because it was unable to collect any fees from PDVSA. As a result, US$185 million of 1MDB funds from the JVCo was transferred to PSOSL, while the remainder was used for other expenses within PSI. Before the formation of the JVCo, the PetroSaudi group reorganised so that the Turkmenistan assets were transferred to PetroSaudi International Cayman (PSI Cayman).

With Discoverer’s acquisition completed by January 2010, Afiq claimed the corporate structure of the PetroSaudi group had changed and PSOSL was then owned by PSI Cayman. PSOSL in turn owned Everlit Pte Ltd, which owned Discoverer and the PDVSA drilling contract.

With the Discoverer generating revenue, Afiq said that, through a bond issue, PSOSL acquired a second drilling ship called Songa Saturn. Saturn was engaged by PDVSA for seven years from November 2010.

Eventually, as the JVCo had not performed as expected, it was agreed that 1MDB’s stake in the JVCo be repaid to 1MDB in the form of Murabaha notes. But there was yet another change, when on June 1, 2012, 1MDB relinquished its entire stake in the Murabaha notes for a 49% stake in PSOSL, according to the affidavit.

Because PSOSL had issued bonds for Saturn’s acquisition, 1MDB was prohibited from being PSOSL’s owner, as the approval of bond subscribers was required to effect a change in controlling shareholder. Thus, only 49% of PSOSL’s registered interest was transferred to 1MDB, with the remaining 51% held by PSI.

Still, all of PSOSL’s economic interests were assigned to 1MDB, which was also given the option to purchase PSI’s 51% stake in PSOSL for a mere US$10 under a separate option agreement.

Afiq said the Public Accounts Committee (PAC) observed that the 1MDB audit dated March 4, 2016, had found that the swapping of the Murabaha notes for PSOSL equity had been performed without a detailed study to determine PSOSL’s liabilities, its past performance and fund generation ability — in view of the fact that Venezuelan waters were subject to US sanctions — and pending expiry of its drilling contracts.

In a further move to disguise its operations and avoid US sanctions against Venezuela, given that it had operations in the South American country, 1MDB underwent a restructuring, which also involved BSI bankers Yeo Jiawei in Singapore, as well as Jho Low. In an operation called “Project No Retail”, PSOSL shares were placed under a legitimate investment fund, where PSOSL assets were converted into units in Bridge Global Absolute Return Fund (Bridge Fund) in October 2012.

Before the Bridge Fund units could be redeemed by 1MDB between September and October 2014, however, Terence Geh, acting on behalf of 1MDB International Holdings and 1MDB, and Tarek, on behalf of PSI Cayman, executed a deed of termination dated April 8, 2014. Signing as a director of 1MDB International Holdings, Geh transferred full ownership of PSOSL to PSI Cayman. The authorities claim that the act was a misrepresentation of his position, as he was only a director of finance. Geh left Malaysia before the 2018 General Election and is now a fugitive from the law. MACC has charged him in absentia.

“Thus, it is reasonable to infer the whole PSOSL share conversion to the portfolios under the Bridge Fund were a conspiracy to defraud and/or fraud involving Najib, Tarek and Jho Low, with other related individuals, to extinguish PSOSL and PetroSaudi Group from any liabilities to 1MDB or its subsidiaries, without 1MDB or its subsidiaries receiving back in part or full their investment in the JVCo or monies lent to JVCo,” said Afiq in the court document.

“Consequently, 1MDB should still be the rightful owner of PSOSL, whose rights were fraudulently taken away via the Bridge Fund arrangements and the fraudulent deed of termination in April 2014.

“Any economic benefits of PSOSL rightfully belonged to 1MDB, and this includes any monies already awarded or is to be awarded to PSOSL or its subsidiaries in the ongoing arbitration between PSOSL and PDVSA.”

The subject matter of dispute between PSOSL and Venezuela is on arbitration in London, where Clyde & Co is the holder of the escrow account of the US$340 million for PSOSL. Temple Fiduciary Services has been used as the intermediary account for Tarek or the PetroSaudi group in the UK.

On July 16, Nazlan granted an ad-interim order to temporarily bar Tarek, PSI and PSOSL from gaining access to the disputed US$340.26 million.

Last week, PSOSL, represented by Alex Tan, sought a variation order — to be heard next week — to Nazlan’s decision so that it could pay for legal costs. Tarek is represented by senior lawyer Datuk Mohd Yusof Zainal Abiden, previously solicitor-general III.