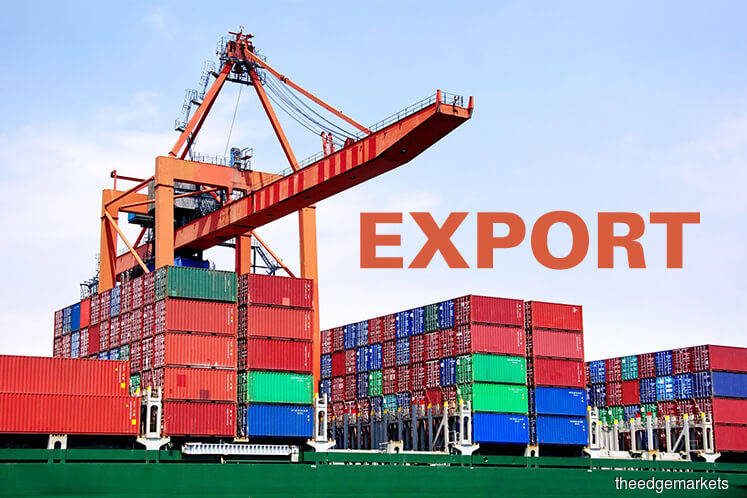 KUALA LUMPUR: Many including Bank Negara Malaysia (BNM) have forecast that Malaysia’s export growth will likely soften in 2019, in line with the more moderate global economy expansion and trade activity. But the sharp decline in February went beyond analysts’ expectations.

According to the Statistics Department, February’s exports contracted 5.3% year-on-year (y-o-y) to RM66.6 billion — the lowest value recorded since August 2016. It was also the steepest decline since October 2016, when exports fell by 8.46%.

The department’s chief statistician Datuk Seri Dr Mohd Uzir Mahidin said in a statement that the decline was mainly due to lower exports to Hong Kong, Indonesia, the US and Vietnam. “The main products which attributed to the decrease in exports in February 2019 were refined petroleum products, palm oil and palm oil-based products and crude petroleum,” he said.

However, increases were recorded for electrical and electronic products and liquefied natural gas, the department added.

UOB Malaysia senior economist Julia Goh wrote in a note that the decline undershot the research house’s and market’s estimates of a 2.5% and 2.3% growth respectively.

RHB Research Institute Sdn Bhd economist Vincent Loo Yeong Hong similarly shared that the export contraction, following a 3.1% expansion in January, was weaker than his own estimate of a 2% increase.

Besides being in tandem with the downturn in regional exports, UOB’s Goh said the drop stemmed from declines in export volumes and can be attributed to the shorter working period and long Chinese New Year holiday. However, on a month-on-month basis, she observed that February’s export decline of RM18.8 billion or 22% is much steeper than previous years’ average.

“This suggests that aside from the seasonal slowdown, weaker global demand and unresolved US-China trade tensions likely led to the sharp markdown in exports,” she said.

Goh said the weaker cumulative export figures in January-February has left the research house’s full-year gross export estimate of 4-5% at risk, pointing to the possibility of a downward revision.

But the recent uptick in Purchasing Managers Indices (PMI) from US, China and the region, in addition to signs of constructive US-China talks, may help boost Malaysia’s exports and industrial activity turn the corner in the second quarter of 2019, she added.

MIDF Research, in a separate note, highlighted that the uncertainty over Chinese palm oil demand will persist as China is likely to purchase more US soybeans in a bid to reduce trade tensions.

“We expect a similar trend for Malaysia’s exports,” it said. It expects Malaysian exports to moderate to an average of 3.6% in 2019, from 6.7% in 2018, amid higher base effects and continuous signs of easing key global indicators.

While RHB’s Loo described February’s trade data weakness as “somewhat severe”, he thinks “the distortion is not likely to be a sign of sustained decline”.

“Nevertheless, combined January-February 2019 export performance still fell 0.8% y-o-y, from [a growth of] 8% in the fourth quarter of 2018 — pointing to slower export momentum and a possible drag on GDP (gross domestic product) growth in the first quarter of 2019.

“Overall, we expect export growth to slow further to 3.5% in 2019 from 6.7% in 2018, on account of a weaker global trade outlook and uncertainty over the US-China trade war,” he added.

Imports, meanwhile, also declined 9.4% to RM55.5 billion in February, mainly due to lower imports from China, Singapore and the European Union, according to official data. This is the lowest value of imports since May 2016.

Nevertheless, the trade surplus came in at RM11.1 billion, up 22.7% or RM2 billion when compared to the previous year, marking the 256th consecutive month of trade surplus since November 1997.