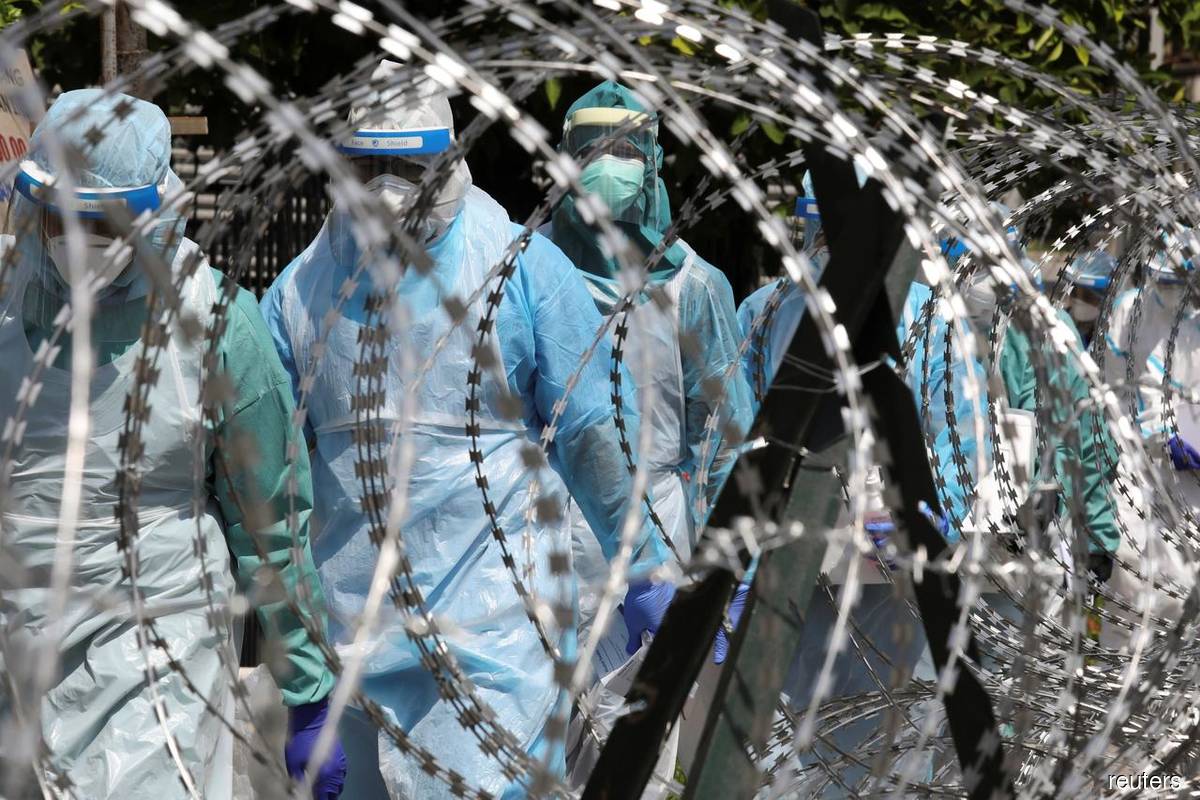 KUALA LUMPUR (Sept 28): The health ministry reported 115 new Covid-19 infections in Malaysia as of noon today, raising the total number of cases to 11,034.

The number of active cases increased to 1,011, breaching the 1,000 mark for the first time since mid-June. The total number of deaths remained at 134, as no new deaths were reported today.

This is the second consecutive day of three-digit cases, and all but three of the 115 new cases were due to local transmissions. They involved 98 Malaysians and 14 foreigners.

The three imported cases involved one citizen and two non-citizens who had returned from India, the ministry said in a statement.

Sabah continued to account for the largest portion of infections at 98, followed by Selangor (10 cases), Melaka (one case), Terengganu (one case), Kedah (one case) and Labuan (one case). To date, 369 individuals from the Bangau-Bangau cluster have been tested, with 225 confirmed cases, of which 172 are citizens and 53 non-citizens.

The index cases of the new cluster are a husband and wife who had previously travelled to Tawau and Semporna in Sabah between Sept 13 and Sept 16. They were treated at the Tengku Ampuan Rahimah Hospital, Klang, on Sept 24 and were tested positive for Covid-19 on Sept 26. The pair were then admitted to the Sungai Buloh Hospital.

To date, a total of 66 individuals have been tested. Eight tested positive, 56 tested negative and two individuals are still awaiting results.

The other four cases in Selangor were of those that returned from Sabah.

“The Ministry of Health takes note of Senior Defence Minister Datuk Seri Ismail Sabri’s announcement earlier for the implementation of Temporary Enhanced Movement Control Order (TEMCO) in Lahad Datu, Tawau, Kunak and Semporna in Sabah, which will be enforced starting 12.01am tonight.

“This was done due to the spike in positive cases and new clusters in those districts. The TEMCO will involve a total of 962,661 residents from the four districts,” said Health Director-General Tan Sri Dr Noor Hisham Abdullah.

He added that the ministry will carry out targeted testing for the resident communities and high risk groups, and will continue to employ control and prevention measures in the four districts. It will also set up a medical base in the TEMCO areas.