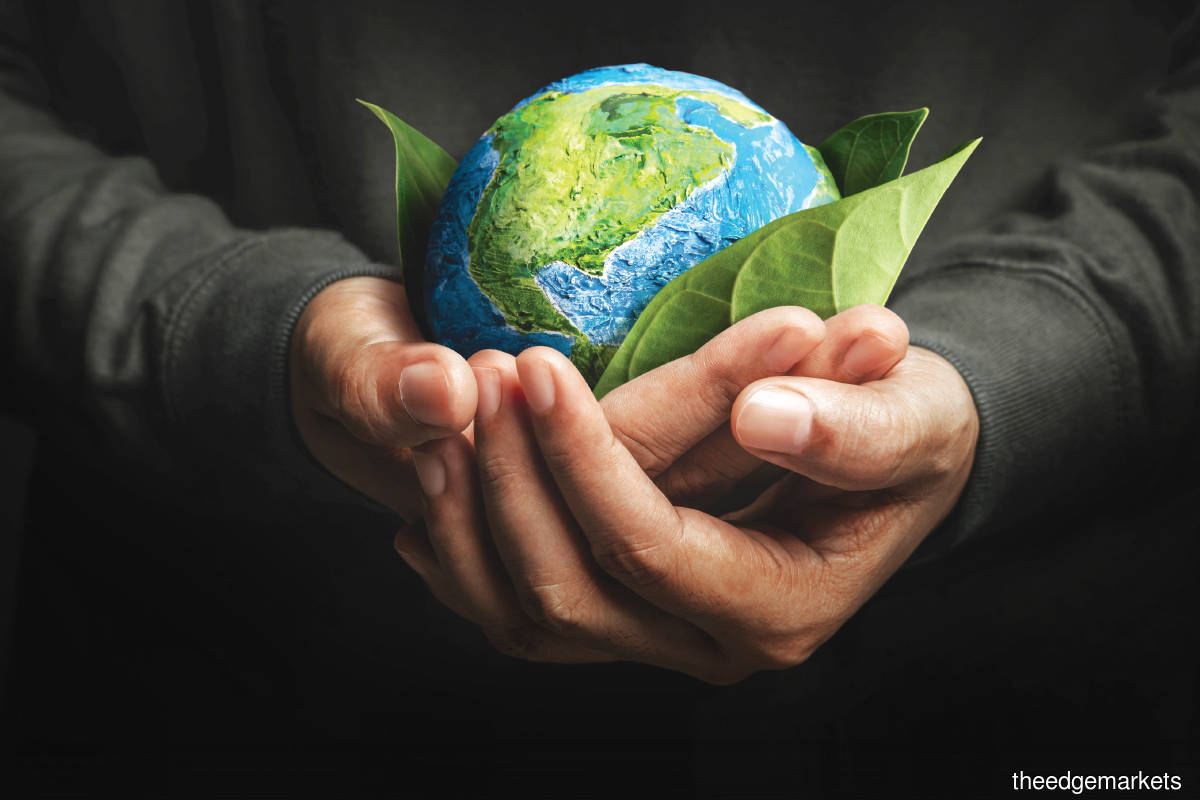 THE scrutiny on Malaysian companies’ environmental, social and governance (ESG) practices is expected to be more intense following the country’s downgrade to Tier 3 in the US State Department’s Trafficking in Persons Report. This comes on the back of several Malaysian companies being investigated and their products held up at US ports by the US Customs and Border Protection (CBP) on allegations of having used forced labour in their production.

As ESG becomes more important to investors the world over, will these allegations cause foreign funds to reduce their holdings of Malaysian stocks?

Anand Pathmakanthan, regional head of equities research at Maybank Kim Eng, opines that the downgrade will have an impact on Malaysian stocks, especially companies that employ a large number of foreign workers.

“Yes, it certainly does. This downgrade will elicit more scrutiny from our trading partners and NGOs (non-governmental organisations) on the domestic foreign worker landscape, while foreign investors will be much more hesitant to consider Malaysia as an investment destination,” he tells The Edge in an email.

“No MNC (multinational corporation) or buyer of Malaysian goods and services would want their products or brand to be associated with human rights deficiencies. And a perceived weak track record of such in Malaysia risks the country’s competitiveness in terms of trade and FDI (foreign direct investment).” While there would certainly be implications from the downgrade and investigations by US authorities into certain companies, fund managers and analysts do not believe the impact will be the same across the board.

Fund managers will continue to engage with companies and look at the fundamentals of their performance to decide whether or not to invest. For example, although the FTSE4Good Bursa Malaysia Index (F4GBM) has been listing top Malaysian companies based on their ESG rating, there are companies not on the index that meet the ESG requirements of certain funds, and those are being looked at, they say.

“We believe what drives the ‘investability’ of a company is its fundamentals and not necessarily its ability to qualify to be in an index. Our approach to ESG is integration and engagement,” says Patrick Chang, chief investment officer at Principal Asset Management.

He adds that Principal AM will have a view on how a company is performing from an ESG standpoint and look for opportunities to engage with the company for improvement.

Syhiful Zamri Abdul Azid, chief investment officer at Maybank Asset Management Sdn Bhd, however, has a different take on the investability of stocks on and off the F4GBM. He says the growing awareness of ESG principles will improve the price discovery process for companies on the F4GBM and add a premium, hence making them more attractive than companies that are not on the index.

“With that, investors may prioritise ESG-related companies to ensure that their capital will not be stuck in some companies that are ignorant of ESG, which will eventually be avoided by investors in the future,” he tells The Edge in an email. “We opine that one of the main advantages of being on an ESG index such as F4GBM is that it opens the company to a wider pool of investors. Therefore, companies not part of the F4GBM may face lower visibility,” he notes.

And with Malaysia now in Tier 3 of the US State Department’s Trafficking in Persons Report, companies that are not part of the F4GBM may have their visibility reduced even further, says Imran.

In the 2021 report, Malaysia was downgraded to Tier 3, after being upgraded to Tier 2 on the watchlist in 2015. Now, it is in the same group as countries with serious allegations of human rights abuses such as China, Cuba, Venezuela, Iran, Myanmar, Russia and Syria.

This development risks foreign funds shunning Malaysian stocks, especially funds with a higher weightage on ESG practices and track records. Sustainable funds are growing, with the total asset size globally just shy of US$2 trillion. The bulk of these funds are in Europe (US$1.63 trillion).

In Asia ex-Japan, the total assets of sustainable funds increased to US$36.7 billion in the first quarter of the year from US$25.4 billion at end-2020, according to Morningstar data. This shows that investors in the region are putting more emphasis on the ESG impact on their investments.

Some companies that have been weighed down by ESG issues have seen their share prices dwindle over the past year. The lacklustre share price performance comes despite the high commodity prices in the case of oil palm planters.

For instance, Sime Darby Plantation Bhd (SDP) — whose products have been held at US ports by the CBP — saw its share price decline 30% over the past year to RM3.57 last Thursday.

IOI Corp Bhd, another major palm oil producer, said last month that a complaint had been lodged against it with the CBP, alleging that the group had engaged in forced labour in its operations. IOI’s share price had fallen 18% over the last 52 weeks to RM3.69 last Thursday.

While glove makers have seen their share prices tumble following the rollout of vaccines globally, they have also been hit by allegations of forced labour.

Maybank Kim Eng’s Anand opines that it is not the ESG issues alone that are weighing on the share prices of companies in the glove and plantation sector, but also their immediate earnings prospects. For glove makers, the average selling prices (ASPs) are falling much faster than expected, so their earnings outlook is much less bullish than six months ago, he adds.

Structurally, there is also a new big global supplier of gloves emerging from China, and this has negative implications for the longer-term earnings growth and valuation multiples of the rubber glove sector, says Anand.

For plantations, there is uncertainty as to how long elevated crude palm oil prices can sustain, with supply expected to pick up in the second half of the year, and also the negative impact of not having enough foreign workers to harvest the fresh fruit bunches. “Nonetheless, the ESG issues that have been flagged and my aforementioned comments on foreign investors selling have also been responsible for the weak market price action for these sectors,” says Anand.

The latest company to be hit by allegations of using forced labour is ATA IMS Bhd. The electronics manufacturing services (EMS) company has denied all allegations and ensures that its recruitment practices are fully compliant with international best practices and is vetted by its major customers.

But despite the allegations and the CBP’s admission that there is sufficient information to merit an investigation into ATA IMS’ recruitment practices, the share price of the stock has not been severely affected. That is probably because its products, made at its plants in Johor, have yet to be held at any ports around the world, unlike Top Glove Corp Bhd and SDP.

ATA IMS’ shares were trading at RM2.47 apiece last Thursday, or 97.6% higher than a year ago. However, the counter has lost 29% of its market value since reaching its one-year peak of RM3.48 on April 14.

The stock is trading at a historical price-earnings ratio (PER) of 19.63 times, which is above the EMS sector’s five-year mean of about 14 times. This shows that the market is still receptive to the counter despite the allegations.

Nevertheless, the EMS sector must still buck up in terms of its ESG practices. As at June, only VS Industry Bhd was part of the F4GBM. SKP Resources Bhd has an ESG rating band of just 1 out of a possible 4, while ATA IMS has an ESG rating of 2.

EMS players should not wait to be implicated by allegations of having used forced labour, but instead take the offensive and be as transparent as possible in their foreign worker-related treatment disclosures, says Anand. This includes roping in respected third-party auditing authorities and non-governmental organisations to authenticate their disclosures and statements.

When asked about the possibility of EMS players being shunned by investors if more serious actions are taken against them on allegations of using forced labour, MIDF’s Imran says he does not discount that possibility. “However, it still very much depends on the companies’ specifics rather than the whole sector. This is due to the fact that Malaysia’s EMS sector is an important part of the global value chain,” he points out.

Imran says companies that are part of the global supply chain will have to tighten their ESG frameworks and practices. Therefore, investors may be more discerning in the future when it comes to putting their money in Malaysian EMS companies.

Maybank AM’s Syhiful opines that the share prices of companies in the EMS sector may not suffer as much as rubber glove and plantation stocks due to the ESG factors, as there are different fundamentals in each sector.

The dwindling share prices of rubber glove manufacturers is also due to the falling demand for their products as many parts of the world have contained the spread of Covid-19, and ramped up their vaccination rates.

Now that the ASPs of rubber gloves have been trending downwards, the way Maybank AM looks at glove stocks will be different from last year when the sector was experiencing very strong growth, says Syhiful. “Now, it is more of a value stock with low price-earnings multiple reflecting negative earnings growth in the coming years, mainly due to the growing supply from new lines and new players on the back of manageable Covid-19 cases.”