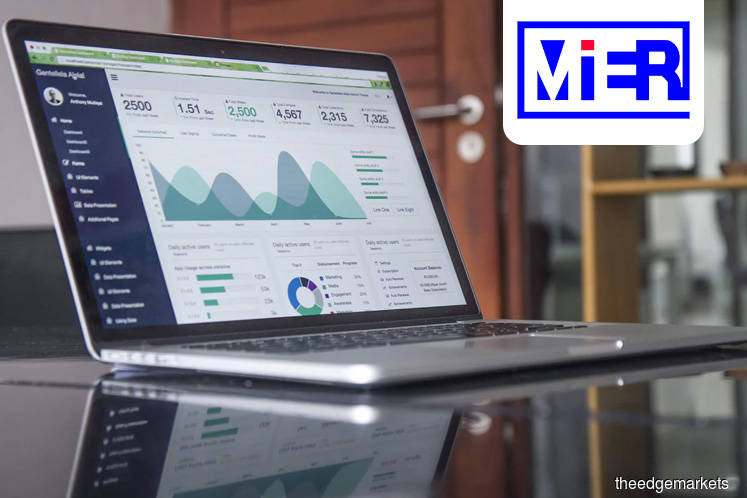 KUALA LUMPUR (March 24): Assuming the movement control order (MCO) is extended for another two weeks to contain the spread of the Covid-19 pandemic, Malaysia's real gross domestic product (GDP) may shrink by about 2.9% for 2020 compared to 2019, and result in some 2.4 million people losing their jobs, according to the Malaysian Institute of Economic Research (MIER).

MIER further estimated that any additional two-week extension of the MCO may amplify the contraction of real GDP by between 3% and 4%, relative to the 2020 baseline. These estimates are part of MIER's analysis of the economic impact of the Covid-19 outbreak in Malaysia.

Besides the shrinking real GDP, MIER projected household incomes may fall by 12% relative to the baseline, which amounts to RM95 billion. "Such a fall is manifested in a sharp decline in consumer spending by 11%, despite the drop in general consumer price level by 4.4%," it said in a statement today.

Meanwhile, MIER expects that 67% of the 2.4 million job losses it estimated (presumably mainly non-salaried jobs) will be unskilled workers. "In this challenging and unprecedented times, it will be to the nation’s best interest to depart from looking at the economy based on the conventional indicators in normal times," it said.

As such, MIER proposed that the government set aside an extraordinary crisis budget comparable to the projected income loss of RM95 billion, to mitigate the coronavirus's impact on the economy.

"Since RM20 billion has earlier been pledged, an additional RM75 billion will be needed. Such allocation will be imperative, especially to avoid company bankruptcies, loss of jobs, and impaired household incomes and welfare through business support, SME rejuvenation and social safety net programmes," it said.

It further said it is now timely for the government to revisit the country's overall socio economic goals into focusing on establishing policies, mechanism and measures to move the economy towards resiliency and genuine prosperity, not unsustainable growth-oriented policies of the many past decades.

MIER also pointed out that the state of the country's agriculture should be refocused into food-based agriculture, especially in light of the nation’s food security and sovereignty.

"For this reason, we would strongly recommend that the government consider establishing a National Food and Medical Supplies Stockpile funded by the government or in conjunction with the private sector through a Public Private Partnership (PPP) program," it suggested.

MIER also called for the government to review its fiscal policy, including the Budget 2020 that had been announced by the previous PH government, in order to deal with the economic issues due to the outbreak of the pandemic.

Going forward, MIER said it expects that "the recovery from this year’s projected economic recession due to the COVID-19 outbreak and implementation of the recommended stimulus package will result in a V-shaped recovery (as happened in all previous recessions since 1985), so that the year 2021 will see a better economic performance of the economy".

As such, it recommends that the Perikatan Nasional government reconsider bringing back the GST with appropriate adjustments to its rate and coverage, as well as improved mechanism in terms of collections and rebates, in its forthcoming 2021 budget.

"This should provide a means to cover any shortfall in federal government revenues, due to the lower expected oil receipts in the previous assessment," it added.