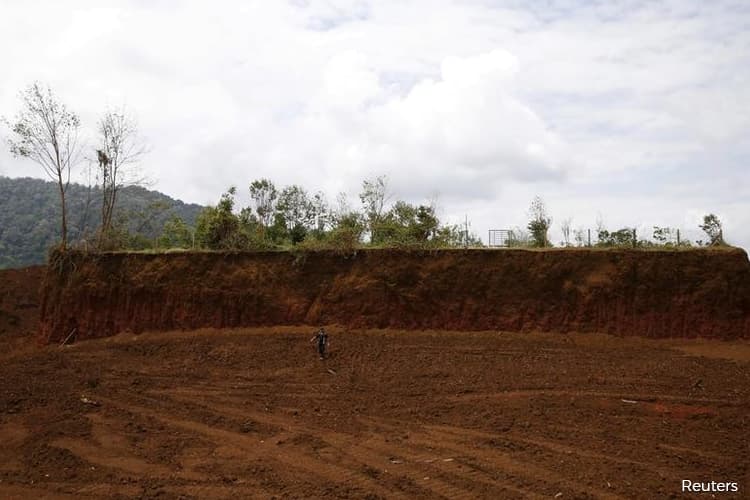 KUALA LUMPUR (Nov 4): The Malaysian government expects to start issuing  bauxite mining and export licences again in January 2020 since the ban on such activities in Pahang was lifted in April 2019.

Water, Land and Natural Resources Minister Dr Xavier Jayakumar said in Parliament here today the licence, which will be  part of a six-month pilot to test a new standard operating procedure (SOP) covering pre-to-post bauxite mining, will only allow such operations to be undertaken in Gebeng, Pahang, in the initial stage.

Dr Xavier said the government will reevaluate the implementation of the SOP before allowing licensees to undertake bauxite mining across Pahang.

"The SOP will impose stringent conditions beginning with the application process, transport, central stockpiling and exports.

"Among rules to adhere to include the approval of the environmental impact assessment report, minimum size of the mining site, and bauxite processing [procedure]," he said.

Dr Xavier was responding to a question by Kemaman MP Che Alias Hamid on the testing of the new SOP.

Later, Dr Xavier told reporters outside the Parliament that at least three companies have applied for the Gebeng licence.

"They are all local companies," he said. Dr Xavier said they are required to adhere to a sizeable capital expenditure requirement considering the stringent SOP proposed.

"After they follow the requirements for the SOP, they will send a letter to the ministry to obtain the licence," Dr Xavier said.

Dr Xavier expects the government to issue its first bauxite mining licence under the new SOP at the earliest by January 2020, from which the six-month pilot period will commence.

According to news reports, bauxite mining in Pahang was suspended between 2016 and March 31, 2019 due environmental pollution concerns.

In February 2019, it was reported that Dr Xavier announced that the moratorium on the mining and export of bauxite from Pahang, ending on March 31, 2019, would not be extended.