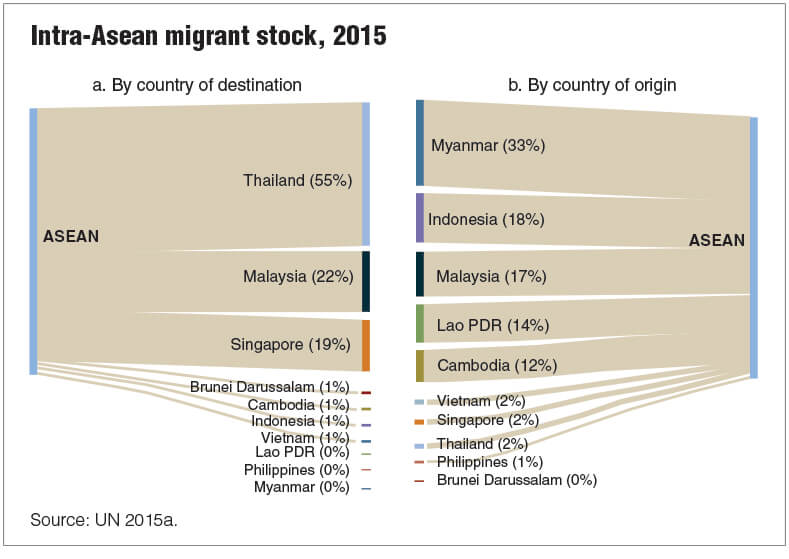 KUALA LUMPUR: While the government has been raising the barrier for the hiring of foreign workers amid mounting concern over overdependence on foreign labour, the World Bank has highlighted that Malaysia should ease restrictions on labour migration to maximise its benefits.

“In receiving countries, foreign workers can fill labour shortages and promote sustained economic growth, if migration policies are aligned with their economic needs. Inappropriate policies and ineffective institutions mean that the region is missing opportunities to gain fully from migration,” said Sudhir Shetty, World Bank chief economist for the East Asia and Pacific region in the statement in conjunction with the release of the bank’s report entitled “Migrating to Opportunity: Overcoming Barriers to Labour Mobility in Southeast Asia’.

Mobility barriers, such as costly and lengthy recruitment processes, restrictive quotas on the number of foreign workers allowed in a country, and rigid employment policies, constrain workers’ employment options and impact their welfare, according to the World Bank.

“These restrictive policies are partly influenced by the perception that an influx of migrants would have negative impacts on receiving economies. However, there is evidence to the contrary,” the report said.

In the report, the World Bank suggested Malaysia to draw up an immigration system that is more responsive to economic needs and to collaborate more closely with both employers and sending countries.

The report highlighted that breakdown and weakness in the migration system could result in difficulty “responding to economic needs”, where restrictions on the number of migrants a country can receive is usually not aligned with the needs of the labour market.

“For instance, Malaysia imposes a levy on foreign workers in part to control the number of low-skilled migrants who enter the country. However, even as the economy has evolved, the levy has been left unadjusted for significant periods, for example, in 1999 to 2005, 2005 to 2009 and 2011 to 2016,” said the World Bank.

Current legislation deals primarily with overseeing entry into the country and punishing undocumented migrants and their employers, ensuring local employees are not disadvantaged by the employment of foreign workers, and regulating recruitment.

“In part as a result of the lack of a comprehensive legislative framework, migration policymaking has frequently occurred through new policies by the home affairs or human resources ministries as problems have emerged.

“On several occasions, these policies have been quickly reversed, revised or delayed because of public reaction. This occurred twice in 2016 with the announcement of a large increase in the foreign worker levy, which was then reduced [and] that foreign worker levy would no longer be deductible from migrant workers’ salaries, which was delayed for a year,” said the World Bank in the report.

The World Bank disputed the purpose of the levy, and that the responsibility for payment has shifted from the foreign worker in 1990s to 2000s to the employer in 2009, and back to the worker in 2013.

The move suggested a “lack of consensus” about the objective of the foreign worker levy that is alternatively described as a way of making foreign workers compensate Malaysia for their use of public goods and services, and a tool for rightsizing the employment of migrant workers according to the needs of the economy.

The report acknowledges that labour productivity had fallen in the manufacturing sector in Malaysia. But it noted that low-wage foreign workers have allowed the country to sustain its trade competitiveness.

All said, Malaysia and Singapore have the lowest international labour mobility costs in Asean, which reflect their openess to globalisation, their efforts to develop migration system that meet labour market needs and their geogrphic centrality in the region.

Between 1995 and 2015, Malaysia, Thailand and Singapore hosted 96% of Asean migrants where 6.5 million of intra-regional migrant workers from Cambodia, Indonesia, Laos, Myanmar and Malaysia were hosted.

Malaysians made up 17% of intra-Asean migration with many commuting daily across to Singapore.

In 2015, remittances to Asean from Malaysia amounted to US$4.6 billion while US$1.3 billion was sent to non-Asean countries, totalling RM5.9 billion, according to the report.