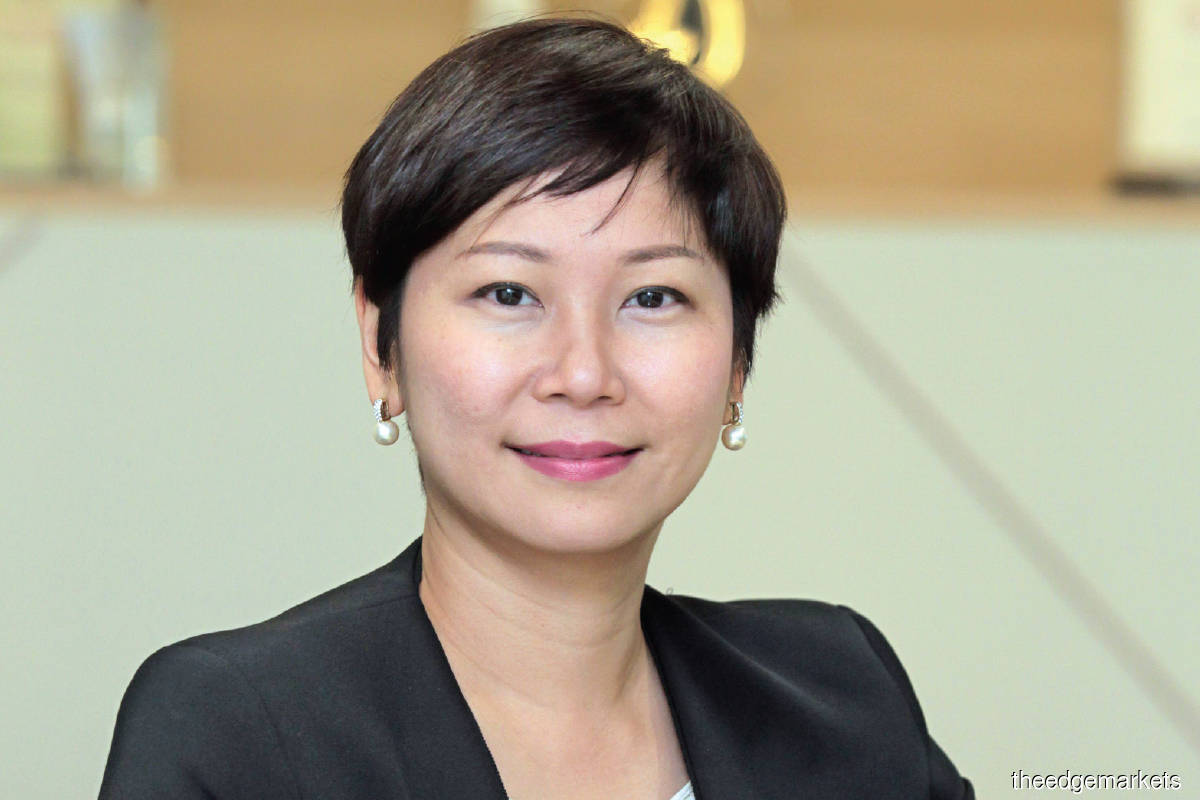 Wong: We believe the industry will reach the target, seeing as the ratio is already estimated to have reached close to 40% as at end-June, including financing from DFIs. (Photo by Suhaimi Yusuf/The Edge)

MALAYSIA’s Islamic finance penetration rate has grown steadily over the years and looks on track to reach the central bank’s target of 40% share of total financing by the end of 2020, notwithstanding the disruptions from the Covid-19 pandemic.

The penetration rate — or Islamic financing, including that of development financial institutions (DFIs), as a percentage of the entire banking system’s loans/financing — stood at 39.9% as at June 30, according to preliminary data provided by Bank Negara in its Financial Stability Review (FSR) for the first half of 2020 (1H2020). It stood at 39.2% in 2H2019.

“We believe the industry will reach the target, seeing as the ratio is already estimated to have reached close to 40% as at end-June, including financing from DFIs. This is also underpinned by the fact that Islamic financing growth continues to outpace that of conventional loans,” Wong Yin Ching, RAM Ratings’ co-head of financial institution ratings, tells The Edge.

Nevertheless, the Islamic finance industry’s share of total banking assets (including that of DFIs), is slightly behind. It fell slightly to 33.3% in 1H2020, according to Bank Negara’s FSR estimate, from 33.5% in 2H2019.

According to Moody’s Investors Service, Malaysia remains the biggest Islamic finance market in Southeast Asia. Moody’s says the industry’s market share of total financing (excluding that of DFIs) in the country stood at 35.6% as at end-June compared with 34.9% in 2019 and 23.2% in 2013. (See chart.) “The penetration of Islamic financing in Malaysia is high and still increasing. More importantly, the growing acceptance of Islamic financial products and services among the population will likely be sustainable, due to the strong regulatory framework in place and an expanding Islamic finance ecosystem that includes sukuk, takaful and syariah-compliant funds,” Tengfu Li, a Moody’s Investors Service analyst who tracks financial institution groups, tells The Edge.

He adds that, despite the Covid-19 pandemic, the penetration rate increased steadily over the first nine months of 2020, supported by domestic financial groups’ efforts to expand the sector and strong growth in household financing.

Industry observers say, apart from benefitting from a low-base effect, another reason for the faster-growth in Islamic finance over the years is that more banks have adopted an Islamic-first strategy - meaning, the bank will always offer the Islamic product first – for certain products.

There are currently 16 Islamic banks in Malaysia, of which five are foreign. One of the foreign banks, Al Rajhi Banking & Investment Corp (Malaysia) Bhd last week called off a planned merger with Malaysian Industrial Development Finance Bhd (MIDF). Its Saudi Arabia-based parent company said, given that no agreement had been reached, it decided to end the negotiations with MIDF. The two had been negotiating a merger since January 2019.

On a global scale, Moody’s notes that Saudi Arabia remains by far the largest Islamic banking market with a share of almost 79% of the country’s total financing as at end-June. Oman, however, is the fastest-growing with a market share of 15.6% compared with just 2.8% in 2013. Oman’s growth is commendable considering that Islamic banking law was only introduced in 2012.

Meanwhile, Moody’s shared last week that it expects global issuance of Islamic bonds, or sukuk, to decline by a modest 5% this year after four years of consecutive growth. It expects a sukuk issuance size of US$170 billion this year, down from US$179 billion in 2019. Still, Malaysia remains the world’s biggest sukuk market.

Moody’s expects a modest decline this year because of a lower issuance of corporate sukuk in Southeast Asia in 1H2020, given the coronavirus pandemic. In Malaysia, for instance, the large increase in government sukuk during the period did not quite fully offset the weakness on the private issuance side.

Moody’s says it sees long-term growth potential for Islamic finance, as both the Islamic banking and sukuk markets remain underrepresented in the global financial system. It sees Africa, Turkey and Bangladesh as being among the most promising new markets for sukuk issuances, going forward.

One key area within the sukuk market that is expected to gain ground is green sukuk, given the growing focus on environment, social and governance issues in the Gulf Cooperation Council and Asia-Pacific countries. Green sukuk issuance last year was small, at only around US$4.5 billion.

Interestingly, Malaysia is far behind Indonesia when it comes to green and social sukuk issuances.

“The main driver for Indonesia’s large volume of green sukuk issuance is that the Indonesian government has been opportunistic in leveraging the rising global interest in sustainable investment. In addition to its dollar-denominated international green sukuks, it has expanded its offerings to encompass rupiah-denominated domestic retail green sukuk,” observes Christian de Guzman, Moody’s senior vice-president of sovereign risk group.

“By contrast, the Malaysian government has not yet tapped into similar offerings; rather, it has let the private sector take the initiative in issuing green sukuk, although volumes remain limited,” he adds.