Malaysia manufacturing downturn eases during May 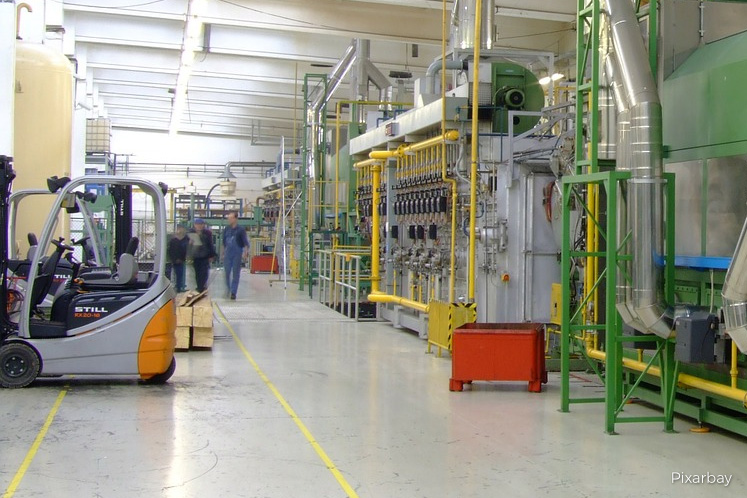 KUALA LUMPUR (June 1): The Malaysian manufacturing sector showed signs of approaching stabilisation midway through the second quarter, with rates of reduction in output, new orders and employment all easing considerably.

According to IHS Markit, nevertheless, in each case, survey data showed further marked declines as the global coronavirus disease 2019 (COVID-19) pandemic and the associated measures taken to stem its spread led to severe supply chain disruption and extended factory shutdowns.

The headline IHS Markit Malaysia Manufacturing Purchasing Managers’ Index (PMI) rose sharply to 45.6 in May, from April's survey-record low of 31.3.

IHS Markit said despite such a large month-on-month rise in the headline figure, it remained below the neutral 50.0 mark and was therefore indicative of a further deterioration in manufacturing sector conditions.

That said, the latest decline was considerably weaker than at the start of the second quarter, it explained.

It said the latest survey data pointed to a further reduction in manufacturing output across Malaysia, although the rate of contraction eased substantially since April.

It said the downturn lost strength amid reports that some firms had restarted production following a partial lifting of lockdown rules.

Nevertheless, there remained widespread mentions of extended factory shutdowns and further production cutbacks in response to the COVID-19 pandemic, it said.

IHS Markit said new orders placed with Malaysian goods producers continued to fall during May, which panel members attributed to the ongoing measures both domestically and overseas to stem the spread of the coronavirus.

It said the deterioration in demand was solid, although significantly weaker than seen in April.

Of the minority of companies that recorded sales growth, clients reopening their businesses had led to new work intakes, it said.

IHS Markit chief business economist Chris Williamson said a strong rise in the PMI provides the first major indication that the economic downturn caused by the COVID-19 pandemic appears to have bottomed out.

He said while manufacturing activity continued to fall at a steep rate in May, declines in output and order books were notably less severe than seen in April.

Williamson said barring any second wave of infections, the coming months should see signs of at least stabilisation as restrictions to contain the virus are gradually eased both at home and in export markets.

"While we may see a return to growth as we head into the third quarter, it still looks like a recovery to pre-pandemic production and GDP levels will be long and slow.

“Export demand in particular looks set to be weak for some time as COVID-19 restrictions will inevitably need to stay in place and continue to dampen economic activity around the world,” he said.