Malaysia Dec 2019 exports up; full-year trade down at RM1.8 trillion 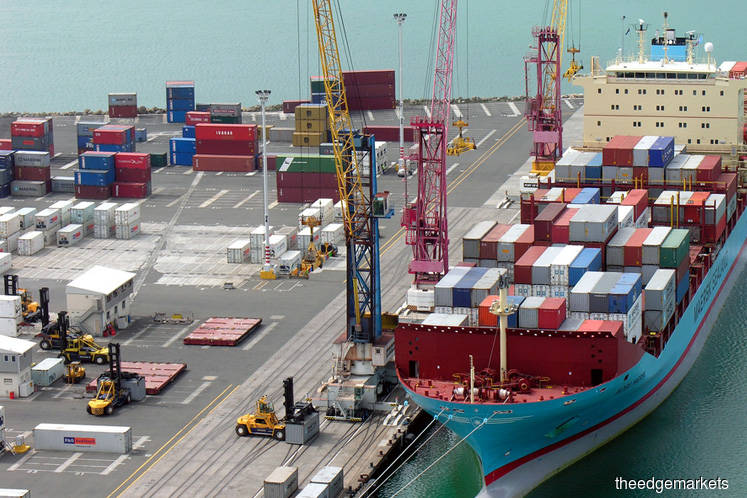 In a statement, the department said Malaysia's total trade decreased 2.5% to RM1.8 trillion from RM1.9 trillion a year earlier. Exports declined 1.7% to RM986.4 billion, while imports were lower by 3.5% at RM849.0 billion, resulting in a trade surplus of RM137.4 billion.

"This was the 22nd consecutive year of trade surplus for Malaysia since 1998. The decline in total trade was due to lower demand from Malaysia's major trading partners. Lower trade was recorded with Singapore, Hong Kong, the European Union, Thailand, Japan, Indonesia, Taiwan and Republic of Korea," the department said.

For December 2019, the department said Malaysia's total trade increased 1.9% to RM160.2 billion from a year earlier after exports and imports rose 2.7% and 0.9% respectively.

The department said the increase in exports was driven by domestic exports, which expanded 3.3% to RM72.1 billion although re-exports decreased 0.3% to RM14.3 billion. Imports grew 0.9% to RM73.8 billion, it said.