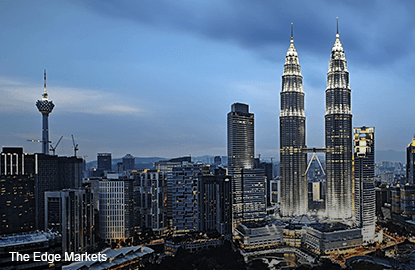 KUALA LUMPUR (Oct 28): The World Bank said Malaysia was ranked 18th globally this year in a survey on the ease of doing business.

"Malaysia's improvements in the ease of doing business, such as by reforming business registration requirements, have benefited local entrepreneurs who now have fewer hurdles to comply with and more resources to focus on their business.

"Malaysia's dynamic approach toward assisting business development is recognised globally with its ranking as one of the 20 best economies in the world in which to do business," Faris said.

He said the nation would be able to improve its business-friendly environment by reducing construction permit procedures and time taken to pay taxes.

World Bank issued its statement in conjunction with the launch of its report Doing Business 2016: Measuring Quality and Efficiency, which featured the world's most business-friendly economies.

According to the statement, Singapore was ranked number one for the 10th consecutive year. New Zealand secured the second place.

"This year's Doing Business report completes a two-year effort to expand benchmarks that measure the quality of regulation, as well as efficiency of the business regulatory framework, in order to better capture ground realities," World Bank said.