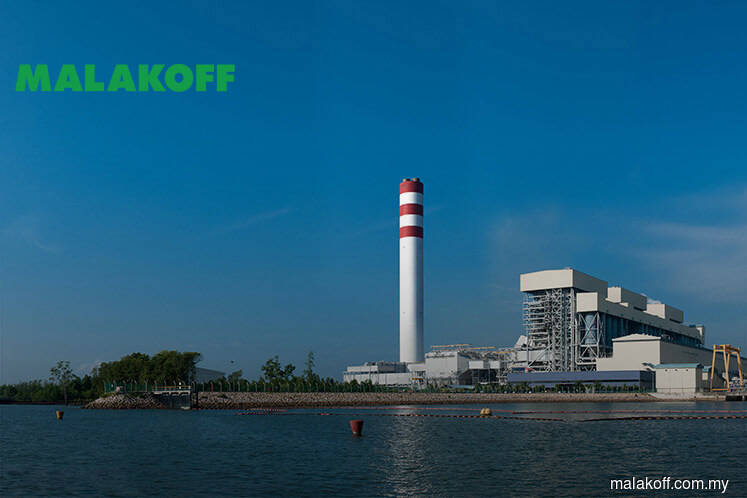 In a filing with the stock exchange today, Malakoff said the poorer earnings were also due lower contribution from Tanjung Bin Energy Sdn Bhd (TBE) as a result of unscheduled plant outages.

"However, these were partially moderated by higher fuel margin recorded at Tanjung Bin Power Sdn Bhd (TBP) and TBE coal plants on the back of higher applicable coal price," Malakoff said.

Higher energy payments recorded at TBP and TBE pulled up the group's quarterly revenue by 4.66% to RM1.79 billion from RM1.71 billion in 4QFY16.

The board recommended a final single-tier dividend of 3.7 sen, bringing total payout for the financial year ended Dec 31, 2017 (FY17) to 6.2 sen compared to seven sen in FY16.

Going forward, Malakoff said a moderate gross domestic product on the back of slower exports, but supported by resilient domestic demand, would contribute positively towards the overall growth of the energy and power industry.

It said it is well positioned to benefit from the projected demand with TBE thermal power plant, which added 1,000MW to its portfolio of power generation assets in Malaysia, thus increasing its net generation capacity to 6,346MW.

The group would continue to pursue growth opportunities locally to expand its generation capacity especially the renewable energy segment, and explore investments overseas to complement its local generation business.

It will improve its operational efficiency and effectiveness of the plants' availability and performance, and strengthen cost management in light of a more competitive energy and power industry in future.

As such, it expects performance to remain satisfactory for FY18.