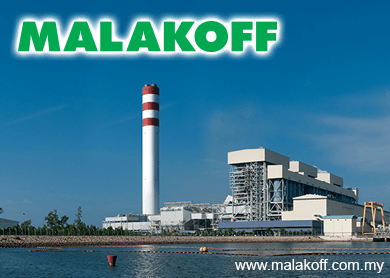 “The fuel-firing of the boiler on May 31, 2015 is a major step towards the timely completion of the power plant. It will pave the way for the next equally important milestones, such as the boiler’s coal-firing and thereafter the power plant’s synchronisation to the national power grid,” Habib said.

According to Malakoff's website, the company has 11 electricity-generation projects across Malaysia, Saudi Arabia, Algeria, Bahrain and Australia.

These power plants have a collective effective electricity-generation capacity of 6,036 MW.

At the current share price, the company has a market capitalisation of RM9.35 billion.