MAHB: Passenger volume up 3.1% in March 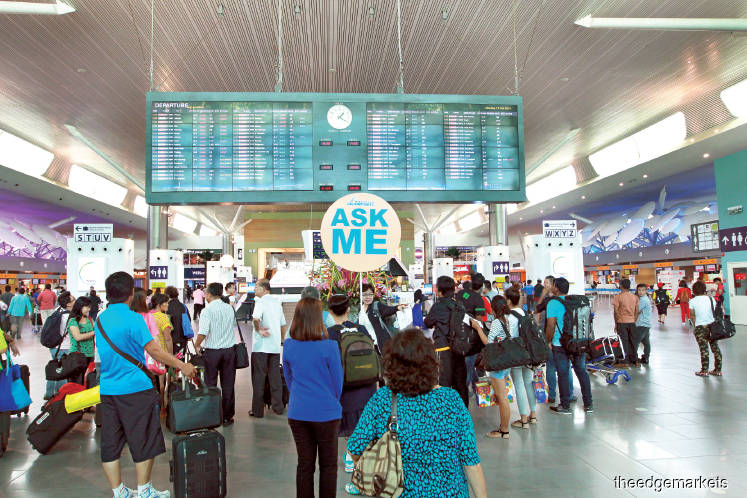 The domestic sector grew by 6.9% to 4.4 million while international passenger traffic declined by 0.4% to 4.5 million passengers.

At KLIA, passenger traffic dipped by 0.04 % in March to 5.2 million, pulled down by a 0.7% decline in the international sector to 3.8 million passengers.

At the KLIA main terminal, passenger movements fell by 0.6% while traffic at klia2 increased by 0.6%.

MAHB pointed out that its first quarter 2019 (1Q2019) figures were affected by Seletar flight suspension and Boeing 737 MAX groundings.

The group attributed the increase in Malaysian traffic in the first three months to growth in the domestic sector caused partly by the higher seat capacity offered by airlines to meet demand.

Domestic passenger traffic increased by 7.7%, while international traffic saw a slight increase to 0.6%.

“International passenger volume remains above the average high base traffic achieved in 2H2018 although there are some signs of adjustments partly due to aircraft utilisation, exit and entry in airlines operations on parallel routes and the temporary suspension of Firefly’s operation to Seletar, Singapore,” it said.

It added that the grounding of the six Boeing 737 MAX’s following the recent Ethiopian Airlines crash and the Lion Air crash in October 2018 may result in fewer flights from Indonesia.

“The recent grounding of the B737MAX may have a further negative impact on Indonesian carriers’ capacity to Malaysia. However, the impact from this may not be significant as most of the Indonesia sectors have competing operators.”

On its prospects, the group said future seat capacity filings by airlines is forecast to remain above expectations and is cautiously optimistic of achieving a 4.9% growth this year.

“The domestic traffic correction and consolidation is expected to continue while the international sector may see some improvement. Istanbul SGIA performance will likely maintain its growth momentum especially for the international passenger traffic.” Said the group.