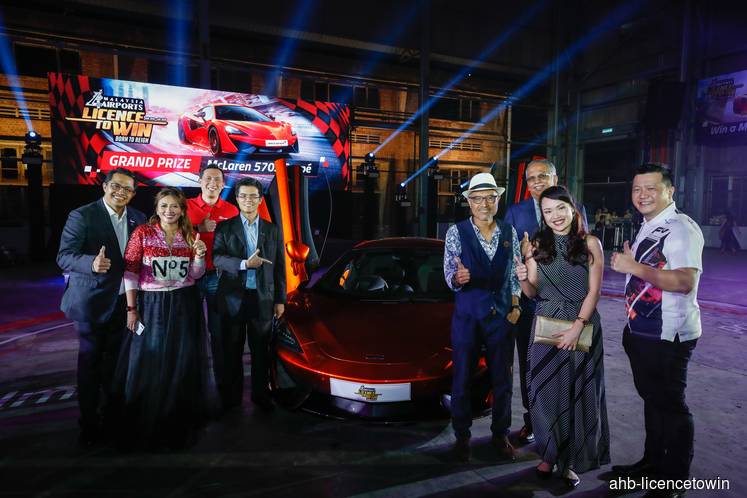 Under the campaign, shoppers who participate in the campaign stand a chance to drive home a McLaren 570S Coupé simply by spending and dining in international airports in Malaysia.

Senior general manager of commercial service, Nazli Aziz, said the campaign aims to reward shoppers by enhancing their travel and airport experiences, while highlighting the diverse selection of commercial offerings available at the airports.

“This initiative perfectly aligns with our commercial reset strategy, a key initiative to transform our airports from mere transportation hubs to premiere lifestyle destinations.

“As of June 2019, the number of passengers at our international airports in Malaysia for the January to June period grew by 4.2% compared with the same period last year. This saw a total of 43.4 million passengers passing through our doors, signifying the opportunity for growth in airport retail.

“With retail incentives such as ‘Licence To Win’, we hope to further entice airport guests to shop and enhance their total airport experience by offering lucrative prizes,” he said in a statement today.

As of the first half of the year, passenger growth at international airports outside of KUL grew to 9.3% compared to a year ago.

Following this insight, the ‘Licence to Win’ campaign this year is introducing a bonus prize for one lucky shopper in the form of a Ducati Monster 821 Superbike, exclusively for shoppers who spend RM250 in a single receipt at PEN, LGK, BKI and KCH.

Besides other prizes including flight tickets worth up to RM100,000, guests can also look forward to monthly prize giveaways such as RM1,000 gift vouchers from Boost E-Wallet or Petron Miles Points to be won and exclusive bags up for grabs.

Guests can also increase their chances of winning when they spend with any of the ‘Licence To Win’ campaign partners — Maybank, Eraman, Boost, Malaysia Airlines and Petron, said MAHB.

This year’s edition of ‘Licence To Win’ also sees the introduction of digital entry submissions that can be done online through the campaign’s official website, while annual entries can still be submitted through filling in contest entry forms or at digital kiosks within KUL.