Mahathir makes final appeal to defeat BN and save Malaysia 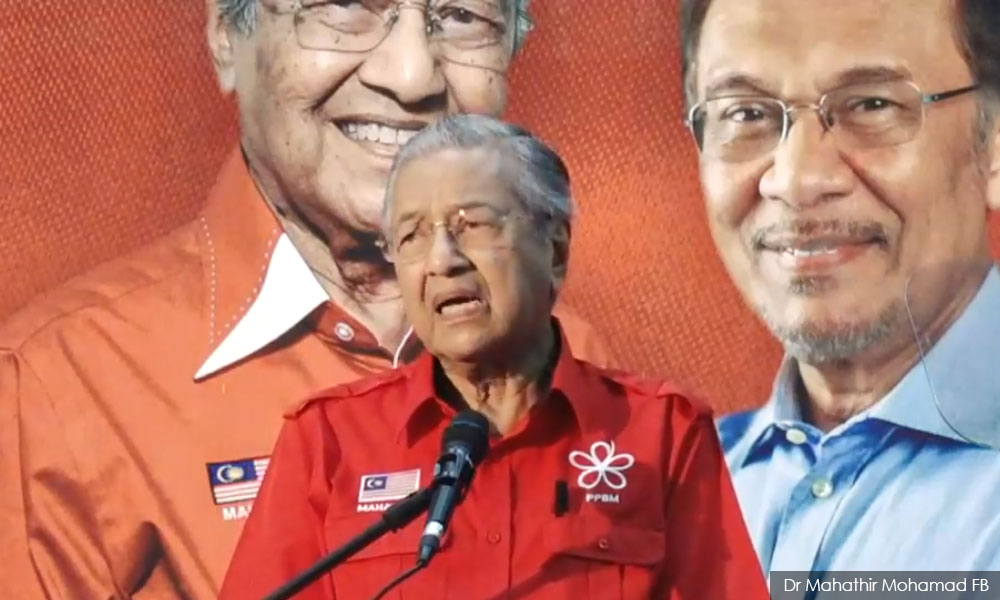 LANGKAWI (May 8): In a community hall packed to the brim with supporters, Pakatan Harapan chairman Tun Dr Mahathir Mohamad tonight made his final appeal to Malaysians to vote out the  Barisan Nasional government that has been in office for 60 years.

“I realise I am old and I don’t have much time left (but) this is the last time I can contribute to the struggle of the country. I am not looking for riches, positions or titles. I have enough but what I value is our people, race and religion,” he told some 6,000 people in Dewan Ho Peng here.

What we need is to vote out a government that is devoted to cash. That is all we need, and that is enough for me,” he added in the address that was also telecast live online and at all Pakatan ceramahs nationwide. His speech hit about 267,000 views online.

Mahathir, who is contesting the Langkawi Parliamentary seat in tomorrow’s general election, added that in some countries people would sacrifice their lives to save their nation which was the reason he returned to politics.

“A vote for Pakatan will save our country from this ‘cash is king’ leadership. In their eyes, our pride can be bought with money. Don’t let our people be humiliated, belittled and made fools of,” he said in a firm tone.

In between cheers and cries of support for the coalition, the former Prime Minister said he was moved to save the country after droves of people asked for his help.

“There is a huge possibility that a change in the government would happen this general election and every attempt to stop this is expected to occur. We hope the army and the police would not neglect their responsibility if the federal constitution and laws are violated. The nation’s unity and peace depends on their professionalism,” he said.

Reminding voters that cash handouts like the 1Malaysia People’s Aid (BR1M) would not last, he urged them not to sacrifice the country for these handouts.

“Also a vote for BN president Datuk Seri Najib Razak means that he could sell parts of the country to foreign investors. He promised to upgrade our manufacturing sector but the sale of Proton Holdings Bhd meant that we no longer have a national car,” he added.

Mahathir urged all voters to exercise their democratic right tomorrow.

“Tomorrow we vote. It is a joint responsibility that will ensure our fate and our children’s future. I beg you to all go out and vote for Pakatan to save this country,” he said.