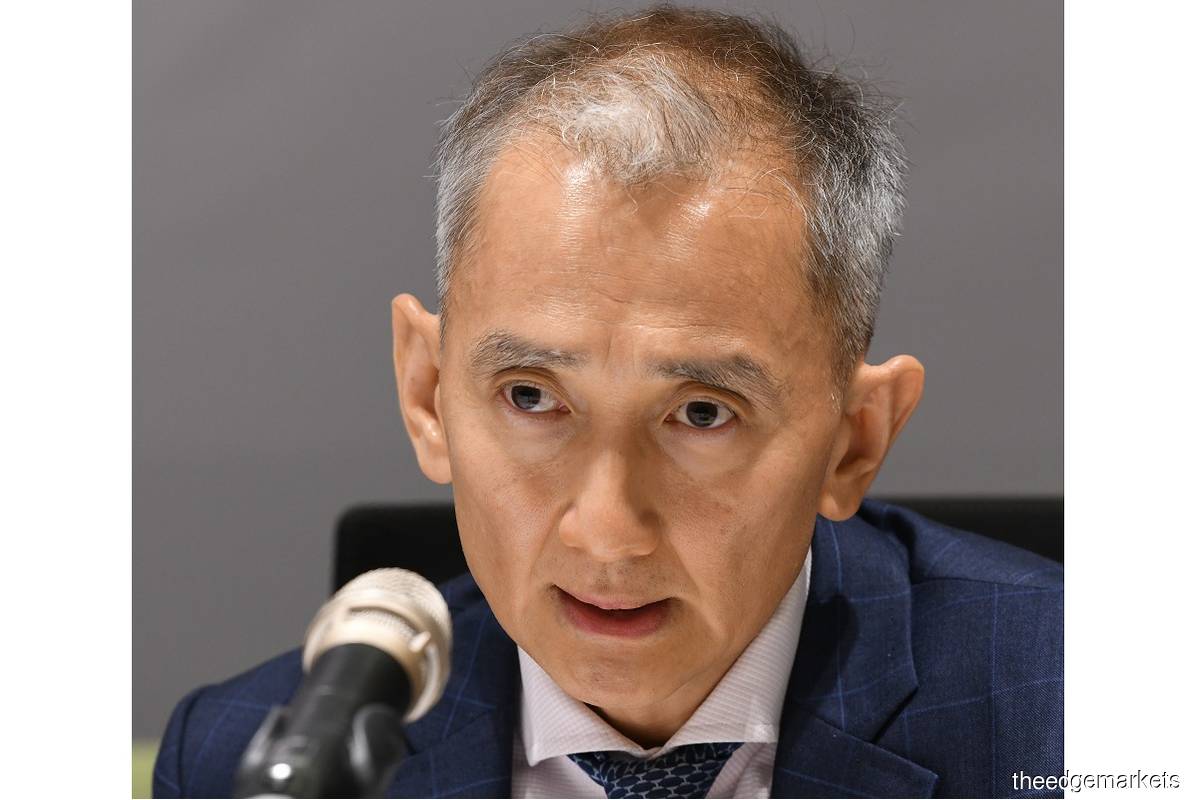 Mah Sing executive director Datuk Steven Ng said the group is exploring the listing of its manufacturing division within the next five years. (Photo by Mohd Izwan Mohd Nazam/The Edge)

“As you know, [our manufacturing business comprises] the existing plastics and gloves, [which] we are also exporting, so this is quite a global market, so we are exploring listing in Hong Kong.” — Mah Sing executive director Datuk Steven Ng.

At a briefing today, Mah Sing executive director Datuk Steven Ng said the group is exploring the listing of its manufacturing division within the next five years.

“As you know, [our manufacturing business comprises] the existing plastics and gloves, [which] we are also exporting, so this is quite a global market, so we are exploring listing in Hong Kong,” Ng said.

Ng said the group’s manufacturing division is currently 100% owned by Mah Sing and as such would be under separate management under the new tentative listed entity.

The group’s manufacturing division also has aims of producing other medical devices, which will be parked under the entity if it ends up being listed.

When asked when the earnings of this new rubber glove business will come on stream, Ng said Mah Sing is forecasting that earnings will start in its financial year ending Dec 31, 2021 (FY21).

As such, the group is forecasting more than 25% of its net profit in FY21 to come from the rubber glove business, which is also why it is holding an extraordinary general meeting (EGM) to get shareholder approval for the move.

“This is based on the assumption that was derived as part of the feasibility study as part of this venture by the plastics division,” he said.

As such, Mah Sing is forecasting 75% of its FY21 earnings to come in from its existing plastics and core property business, with 25% coming in from its new rubber glove venture.

Earlier during the briefing, Ng noted that spot prices for rubber gloves have gone up in recent months, which should help with the glove business as well.

He shrugged off concerns about oversupply, as he viewed that demand for rubber gloves will continue to outstrip supply.

As it currently stands, 95% of Mah Sing’s net profit is derived from its property business, with the balance coming from its manufacturing division, which is still concentrated in plastics.

He explained that under Phase 1 of the plan, the group will have 12 new production lines with a maximum capacity of 3.68 billion pieces.

“The first six production lines will be on track to be operational as planned in 2Q21 (second quarter of 2021), followed by another six lines expected to be ready by 3Q21,” he said.

Phase 2 of the plan will come when demand outstrips supply for Phase 1. Phase 2 entails the addition of 12 lines, increasing capacity by a further 3.68 billion pieces.

Mah Sing announced that it had signed over 60 letters of intent with prospective customers. Ng then explains that it is in the process of conducting due diligence for the customers that have expressed interest, and it will make contract decisions upon the opening of the manufacturing plant.

The average selling prices under these contracts would be determined by market forces, Ng added

“The property market is recovering. In line with better economic outlook in 2021, the mid to long term [is also] positive. I foresee the property market to slowly pick up from the middle of next year, even now it is gradually improving,” Leong said.

The group’s EGM concerning its proposed diversification will be held next Monday (Dec 21).