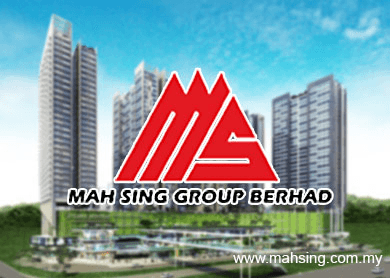 KUALA LUMPUR: Mah Sing Group Bhd is confident of achieving its sales target of RM3.43 billion for the financial year ending December (FY15) as it believes it has the right product mix, with attractive pricing, in the right locations.

But as at Wednesday, Mah Sing (fundamental: 2; valuation: 2.4) had only chalked up RM761 million in sales, which founder and group managing director Tan Sri Leong Hoy Kum said was due to a shorter working first quarter because of the festive season.

As such, he told reporters that he was sure the group will be able to catch up and meet its targeted sales number this year.

“Our projects will continue to focus mainly on the Klang Valley as the population in the area is supposed to increase to 10 million people by 2020,” he said after a briefing at the Invest Malaysia Kuala Lumpur 2015 conference yesterday.

Greater Kuala Lumpur and the Klang Valley are expected to contribute about 67% to the group’s sales this year, while Johor, Penang and Sabah will contribute 20%, 11% and 2% respectively.

He also said despite cooling measures introduced by Bank Negara Malaysia, there remains a healthy a demand for property.

“We have a very young population. Some 70% of our population is under the age of 39, as we have a very healthy employment market with less than 3% unemployment rate and decent gross domestic product growth of 4.5% to 5.5%, as well as a conducive interest rate environment,” he said at the briefing yesterday.

“The property sector as a whole is slow, but there are certain segments like the mass market [which] is still going to be okay because there are still people wanting to buy properties even though the banks have tightened their lending,” he added.

On land bank acquisitions, Ng declined to provide details, only saying that there is no target and that the group is very selective in the places it is willing to consider.