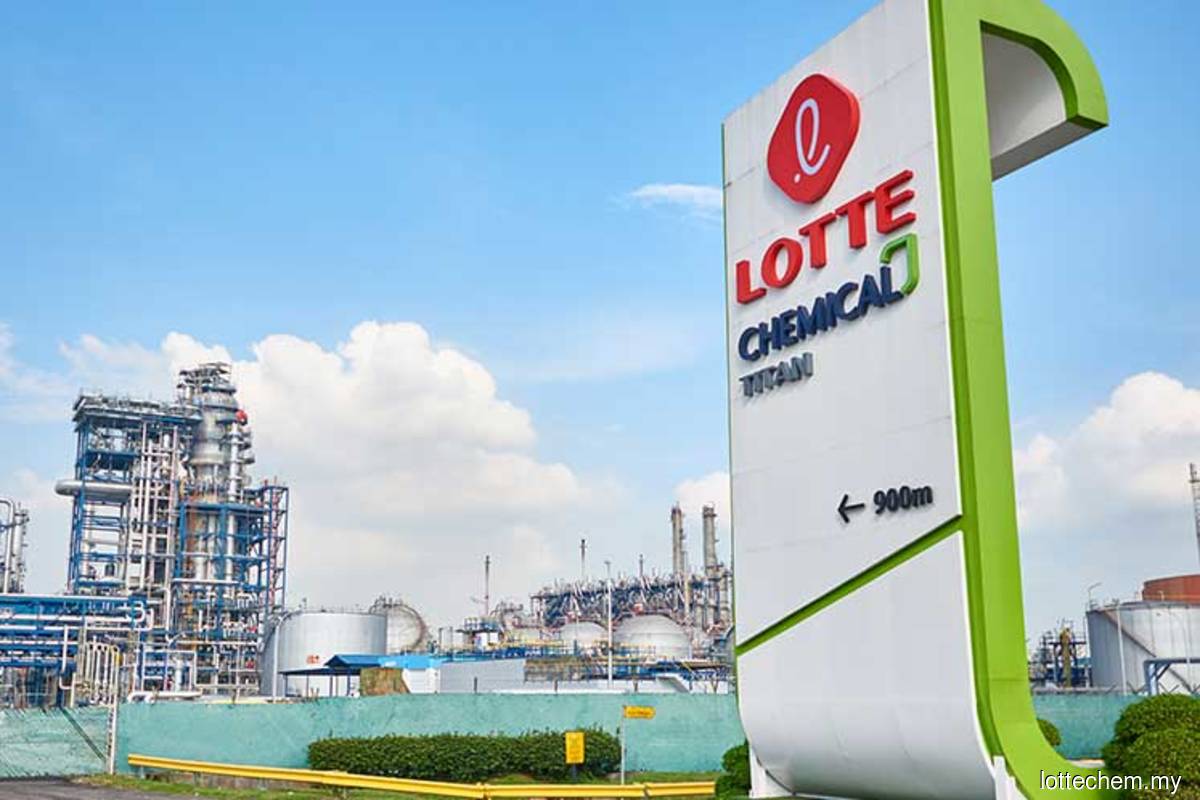 KUALA LUMPUR (Nov 24): Lotte Chemical Titan Holding Bhd (LCT) has declared a special single-tier dividend of 13.98 sen per share for the financial year ending Dec 31, 2022 (FY2022) out of the retained earnings intended to reward its shareholders.

The special dividend is payable on Dec 29, with an ex date of Dec 8 and an entitlement date of Dec 9, according to Malaysia's first stand-alone polyolefins producer in a statement on Thursday (Nov 24).

The special dividend, LCT said, notwithstanding the group's dividend policy is to pay approximately 50% of its consolidated financial year profit after tax and minority interests after taking into account working capital and maintenance capital expenditure requirements.

LCT president and chief executive officer Park Hyun Chul said the special dividend of 13.98 sen per share will amount to a total dividend payout of RM318.4 million, which translates into a dividend yield of 9.58% based on the closing share price of RM1.46 on Nov 24.

Moving forward, Park said the group will continue to focus on its growth and expansion in Indonesia through the LINE Project.

"It will serve as the key expansion drive for the company with the aim to further solidify its position as one of the largest petrochemical companies in the Southeast Asia region upon its completion in 2025," added Park.

This was LCT's second straight quarterly loss. Its net loss was at RM145.92 million in the immediate preceding quarter on a revenue of RM2.82 billion.

LCT attributed the wider quarterly loss to the decline in its margin spread of 26%, write-down of inventories to net realisable value of RM71.9 million, and the share of loss from associated company Lotte Chemical USA Corp, which was profitable a year ago.

Quarterly revenue, however, grew 6.12% to RM2.37 billion, from RM2.24 billion a year ago, mainly due to an increase in average product selling prices.