A lot on the plate for new Boustead group MD 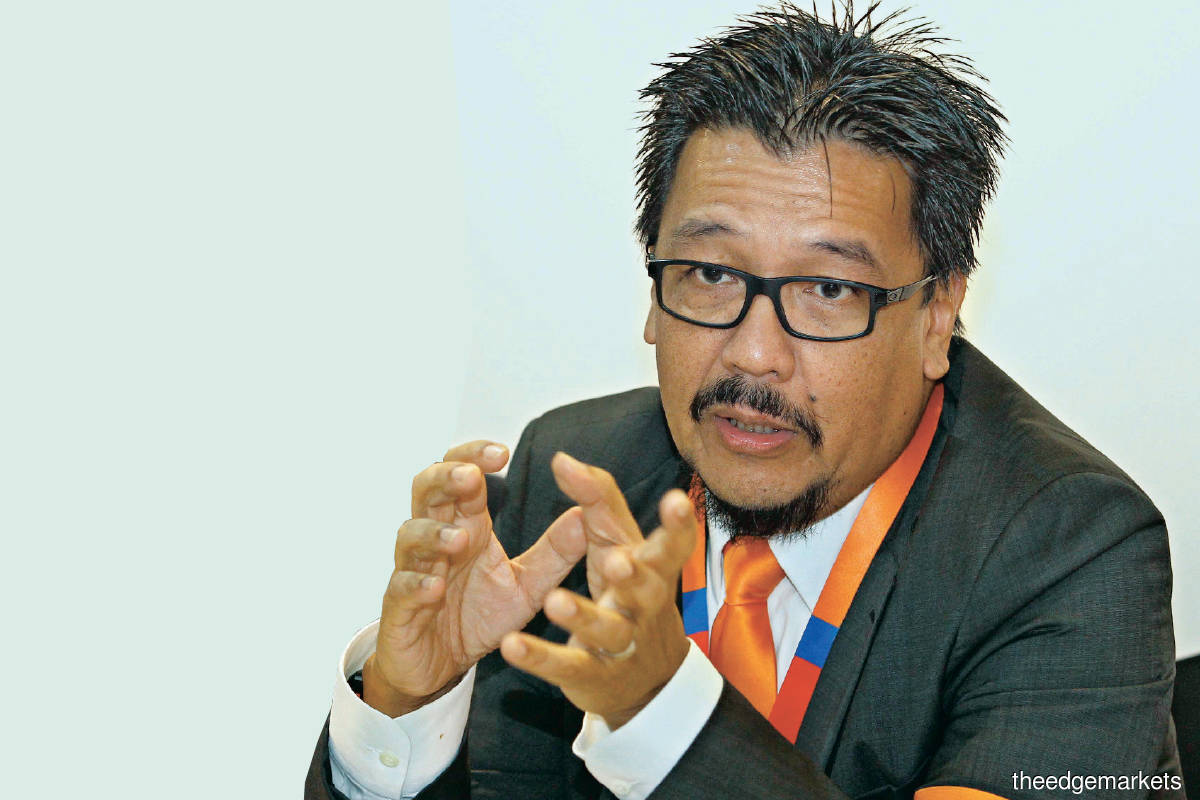 BOUSTEAD Holdings Bhd’s new group managing director Datuk Seri Mohammed Shazalli Ramly, who stepped into his new role last Tuesday (Dec 1), has his work cut out for him, and that is to steer the diversified conglomerate back to profitability by 2023.

Shazalli is the third MD to helm the group in three years after Tan Sri Lodin Wok Kamaruddin and Datuk Seri Amrin Awaluddin. In a statement issued on Nov 27, Boustead hailed Shazalli as a “turnaround specialist”. Still, most of Shazalli’s career has been in telecommunications, more recently as the MD and CEO of Telekom Malaysia Bhd.

He inherits an organisation that has significant legacy issues, which its chairman Datuk Seri Mohamed Khaled Nordin had previously identified as investments made in the past that do not have the right focus in making them profitable, mismatch of funding between long-term investment and short-term debts, and a convoluted organisational structure where there are cross-holdings in Boustead subsidiaries between Boustead and its main shareholder, Lembaga Tabung Angkatan Tentera (LTAT).

Over the last five years, Boustead’s stock has lost 77% of its value and its market capitalisation currently stands at RM1.27 billion, given the group’s volatile earnings trend, marked by losses in the past two financial years. Boustead entered the Covid-19 pandemic in a weak position, so spurring growth will be no small feat. It saw its net loss climb 29.7% year on year to RM198.6 million in the year to end-September (9MFY2020), dragged down by the group’s trading and heavy industries divisions.

Another reason investors have been dumping the stock is that the group is just too complicated. LTAT holds a controlling stake of 59.44% in Boustead. Today, the diversified group comprises more than 90 subsidiaries, associate companies and joint ventures. Its operations are focused on five key areas, namely plantation, heavy industries, property and industrial, trading, finance and investment, and pharmaceutical.

In a Dec 1 note, Kenanga Research analyst Raymond Choo Ping Khoon says the group is expected to continue seeing volatile quarterly results based on its historical earnings trend. Due to the lack of investor interest and losses over the past several quarters, he is ceasing coverage on Boustead.

Boustead did not immediately respond to requests for comment.

Boustead decided not to remit cash from subsidiaries to the group level for the first time since 2000 in the financial year ended Dec 31, 2019 (FY2019), and so far this year as well. Previously, it was paying dividends of between 5 sen and 20 sen per share between FY2015 and FY2018.

“Boustead used to have a reputation as a decent dividend yield company. Many shareholders, who had invested at higher prices in the past, are sitting on paper losses due to the currently low share price of around 62 sen,” Devanesan says in an email response to questions from The Edge.

He points out that the fortunes of Boustead are very dependent on the performance of its investee companies. There are four listed companies in its stable of investments, of which three are its subsidiaries — Boustead Heavy Industries Corp Bhd (BHIC) (65%), Boustead Plantations Bhd (57.42%) and Pharmaniaga Bhd (55.93%). It also holds a 20.76% stake in Affin Bank Bhd.

“Boustead’s performance has been volatile and heavily dependent on the performance of its listed investee companies. Boustead’s latest quarterly results indicate negative earnings per share (EPS) and to date, the cumulative EPS results for the last three quarters is also negative. Profitability of Boustead should be high up on the agenda,” says Devanesan.

A significant amount of Shazalli’s agenda is likely to also centre on corporate governance issues. In recent weeks, BHIC has come under fire for possible irregularities at its associate Boustead Naval Shipyard Sdn Bhd, which is undertaking the RM9 billion littoral combat ship project, awarded by the Ministry of Defence in 2011, to deliver six ships to the Royal Malaysian Navy.

MSWG is hoping that as CEO of a holding company, Shazalli will be persuasive, through the board of Boustead, in ensuring the “right” nominee directors sit on the boards of its three subsidiaries. “These nominee directors will be in a position to safeguard Boustead’s investment and prospering Boustead’s investment. A holding company has substantial clout in determining the success of a subsidiary,” says Devanesan.

Persatuan Patriot Kebangsaan director of public communications Captain Dr Wong Ang Peng points out that the most important stakeholders of Boustead are the armed forces personnel who make monthly contributions, and they look to dividends and bonuses as a source of pension income. “Board members and professional managers who run the businesses within the group must be mindful of this fact,” he tells The Edge. Patriot has more than 500 members.

Patriot also hopes that Shazalli will provide shareholders with regular progress updates. “As the group MD, he should make statements often enough to diffuse the bad press. A professional manager must always strive to give the bright picture on corporate matters and inform what the company is planning to do to appease shareholders and the public. The management of Boustead group has been very quiet the past two years,” says Wong.

To privatise or not to privatise, that is the question

Then there’s the potential of a privatisation by LTAT still hanging over the group. The proposal was mooted in May during the tenure of former LTAT chief executive Nik Amlizan Mohamed, who has since left LTAT and is now CEO of Kumpulan Wang Persaraan (Diperbadankan) (KWAP). However, it is worth noting that KWAP and the Employees Provident Fund are Boustead’s second and third largest shareholders, holding 8.92% and 4.99% respectively. “Privatisation is a decision for the board of LTAT, who would have far more and better information on the merits or otherwise of a privatisation exercise. The board would be advised by professionals. The very fact that the deadline for the decision on the privatisation has been extended (to Feb 2 next year) is an indication that it is not a straightforward decision and that much thought and deliberation are being put into the decision.

“We should defer to the wisdom of the board of LTAT that is in a better position, armed with ample information, to make the right decision. Any opinion on whether to privatise or not may be a bit too simplistic, given the context of Boustead vis-à-vis its stable of listed companies and the legacy issues.”

For Patriot, it believes that Boustead should not be privatised, says Wong. “There are four listed companies under Boustead Group: Affin Bank, which is a gem that any corporation would love to own; Pharmaniaga, which has been very promising [and is] now even better with the coming of the coronavirus vaccine; Boustead Plantations, which is rich in land bank and assets; and BHIC, which currently holds defence contracts.

“Boustead also owns BP Malaysia Sdn Bhd, which has a chain of petrol stations throughout the country. It also owns a 5-star hotel chain. What Boustead needs is not fund managers to run the show, but business managers to run businesses, who see opportunities and take calculated risks, and are thrifty and not spendthrift. Fund managers will not perform in times of bad economy. True business managers may survive and thrive on opportunities.”

Wong also warns LTAT and Boustead against losing BHIC to an “insidious corporate takeover”. “BHIC is in an envious position because of its monopolistic defence business. Boustead Group owns the Lumut shipyard, the premier shipyard in the country, with the government holding a golden share. LTAT and Boustead must fight hard to preserve this position,” he says.

“Pharmaniaga should now get itself organised in anticipation of being the distributor of the coronavirus vaccine. The operation must not be messed up to allow the Ministry of Health and Putrajaya to take that monopoly away.

“For Boustead Plantations, loss of fertilisers and dishonesty among managers are among the challenges faced by the company. Estates are usually in remote regions, thereby making control difficult. If managers have a [lackadaisical] attitude because of its government-linked company status, the company will have little value.”

At end-September, Boustead’s borrowings totalled RM7.7 billion and it had RM531.2 million in cash, leading to a net debt of RM7.17 billion.

While it is only fair to give Shazalli time to familiarise himself with the group’s diversified business activities, it remains to be seen whether the new chieftain will choose to hit the ground running by executing the group’s three-year transformation plan unveiled in July, or spend time reviewing the plan. The first phase has already been put in motion with the restructuring of its existing debt and disposal of a number of properties, including the Royale Chulan Bukit Bintang hotel and one plot of land in Jalan Cochrane, Kuala Lumpur. It will also include the consolidation of companies within Boustead that have overlapping roles in order to improve the returns from these investments. For now, investors may just have to continue waiting patiently.