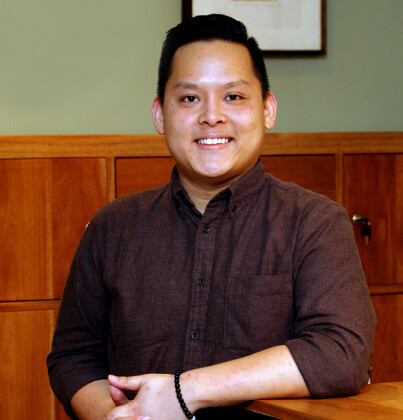 We envision a future where technology start-ups seamlessly collaborate with the larger incumbents as a complementary force rather than being viewed as a threat. We want to bridge this gap, bringing old money into the new economy. > Victor. Photo by Haris Hassan/The Edge

Less than a year after being the only Malaysian to be featured in the Forbes 30 Under 30 Asia: Finance & Venture Capital list, Victor Chua has decided to strike out on his own and launch venture capital firm Vynn Capital. Together with partner Darren Chua, he hopes to create more home-grown opportunities and boost the local start-up ecosystem.

“In Malaysia, there are not that many venture capital firms. A lot of venture capitalists (VCs) actually come from outside the country. We want to change this and revitalise the start-up ecosystem. We want to create more synergy, contribute more talent opportunities and get more foreign companies interested in what Malaysia has to offer while providing good financial returns to our investors,” says Victor.

Rather than take the typical route where venture capital firms invest in larger, more established start-ups with a track record to mitigate risks and allow higher exit potential, Vynn Capital will do the opposite, says Victor. The firm will invest in the seed and

Series A stages to fill the gap in early-stage investing.

“There are a lot of early-stage deals that are not invested in. This is our opportunity to go in because a lot of corporates and families think that this stage is risky. So, if they invest in our fund, they can spread the risk with the other partners,” says Victor.

He adds that the Kuala Lumpur-based firm is targeting a debut fund of US$40 million and will be deploying capital in a company involved in the property and travel space in the first quarter of this year. Its advisers include Malaysian advertising mogul Tan Sri Vincent Lee, founder and chairman of Indonesian industrial estate developer PT Jababeka Tbk

Vynn Capital is looking to work with corporates and families that want to generate real results for their bottom lines, apart from financial returns. “Families used to be very conservative. They tended to focus only on the return on investment and internal rate of return,” says Victor.

“Today, however, the second and third generations are thinking long term — what else can they do beyond what their grandparents and parents have done? That is why they are thinking about technology and innovation to strengthen their business operations. But it doesn’t make sense for them to do it on their own. Why would they spend so much time investing petty cash in companies that require handholding?

“They should focus on the bigger deals on their plates. That is why we encourage corporates and families to outsource this to us. We take away their headaches and align everything together.”

The core focus of the venture capital firm is to help traditional businesses create new engines of growth by bridging the knowledge and resource gap between large established companies and families with the ingenuity and hustle of start-ups, says Victor. “We envision a future where technology start-ups seamlessly collaborate with the larger incumbents as a complementary force rather than being viewed as a threat. We want to bridge this gap, bringing old money into the new economy.”

Vynn Capital’s investments will focus on five core industries — travel, property, food and fast-moving consumer goods, female economics, and logistics and enablers (which include financial technology). Victor describes female economics as companies and businesses that cater for the life cycle of women, which includes cosmetics, marriage, baby products and even children’s education.

He says the firm’s main thesis is built on two main elements — looking for companies involved in the entire value chain of these industries and those whose businesses are able to expand across related sectors.

Seeking out companies in a value chain is an important element due to the increase in the middle-income population in the region, which is leading to increased consumer spending and demand, he says. This, in turn, impacts the previously mentioned sectors the most, not just the consumer-facing businesses.

Even those involved in business-to-business (B2B) models need to be more efficient to keep up with the growing demand. Vynn Capital will also focus on businesses that are looking to enhance their operations in the value chain.

The second element — business convergence — plays on the synergy theme that the firm is hoping to create, says Victor. “It is a convergence in terms of markets, industries and business exposure. We are seeing a lot more players today expanding into related sectors, creating a synergistic value between the industries we are looking at.

“For example, the convergence between property and travel. If a property company is not able to sell residential properties due to a soft market, it could work with a travel company to do something like the Airbnb business. Travel companies could also work with food and logistics firms. That is the synergy strategy we are working on.”

Despite sharing the same surname, Victor and his partner are not related. Singapore-based Darren has years of experience in strategic management and private equity investment, having worked at International Enterprise Singapore, a statutory board under the city state’s Ministry of Trade and Industry that facilitates the overseas growth of Singapore-based companies and promotes international trade.

“Darren is a friend I met on my VC journey. Two years ago, he was helping the South Korean government to hold a start-up competition called K-Startup, an effort to get global start-ups to set up in South Korea. In addition to recruiting start-ups from all over Southeast Asia, he was looking for judges as well. So, I participated as the only Southeast Asian judge,” says Victor.

“We became good friends and were trying to explore something we could do together. When the opportunity came, we decided to launch the fund together. We also have other partners, but we cannot announce them yet. We need to make sure that we are as careful and as efficient as we can be before announcing anything.”

Although Vynn Capital is looking to invest across Southeast Asia, it has decided to be based in Malaysia as it is considered a gateway to Asean, says Victor. The five countries the firm is looking at is Malaysia, Singapore, Thailand, Vietnam and Indonesia. It is maintaining interest in second-tier markets such as Myanmar and the Philippines.

Victor says Myanmar is an exciting market as Darren actually has experience investing there. This is an advantage to the firm as not many Malaysian investors are savvy enough about that market.

“Our knowledge about Myanmar should be sufficient for us to invest in the Greater Mekong Subregion. Yes, everyone is talking about Indonesia — a huge country with a population of 270 million. But there are inherent obstacles. For starters, it is a country of 17,000 islands. The subregion, on the other hand, is just one piece of land with a population comparable with Indonesia,” says Victor.

In the Greater Mekong Subregion, Thailand is the most advanced while Vietnam is showing good potential, considering the push for innovation by its government. Myanmar is showing upside potential, with increased spending and democratisation of technology.

“The cost of a SIM card went from US$1,000 to a few dollars in a span of a few years. That shows how great the reform is in the country. And there are still gaps to be filled. For example, it does not have a strong core banking system, so users still need to carry cash to transfer money from Yoma Bank to CB Bank. However, most banks already have digital banking systems,” says Victor.

“The best thing about Myanmar is that the players are open to innovation. Even the families are eager to participate — a lot of the successors who studied abroad want to bring change to the country by leveraging technology. Vynn Capital has the regional expertise, so we will be able to create value for corporates, families and start-ups there.”

Victor says investing in early-stage start-ups is not as risky as it used to be, due to the abundance of other venture capital firms looking for Stage B and Stage C investments. “Since there are so many of them, there may not be enough deals to go around. That means we do not have to worry about the next round of funding. We can always channel it to the VCs looking for mature deals as a natural progression. At the same time, should our partners think the companies are suitable for their traditional business, they can choose to acquire them.”

Victor says the region will need a lot more work to become a strong ecosystem that can match those in the US, China and Japan. Malaysia still presents a good opportunity to deploy VC funds, especially as the country is one of the most mature markets in the region.

“I think the reason countries such as China, South Korea and Japan choose to invest in Malaysia is that we are so used to diversity and are operationally savvy. That is why when we are looking for investee companies, we have to make sure they can expand to this country,” says Victor.