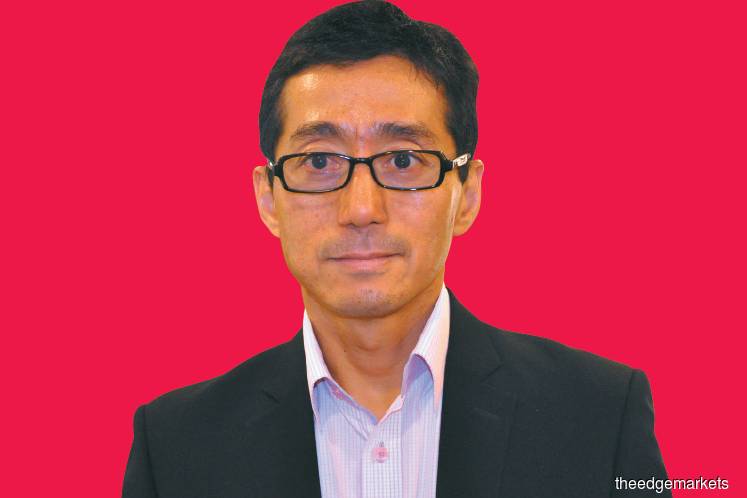 This year started with a cautious undertone of increasing protectionism and political uncertainty. However, things have turned out more positive than expected as we have seen more synchronised economic growth globally, with the political risk somewhat subsided. However, monetary policies remain very different, with low inflation continuing to be a threat.

In the US, the initial excitement surrounding President Donald Trump’s administration largely dissipated as some of his policies on immigration, healthcare and even tax reform did not exactly pan out as expected. Thus, the initial bullish expectation of growth was lowered, which resulted in a correction for the US dollar as well as treasuries.

Inflation, however, remained low at 1.33% as at September — far below the US Federal Reserve’s target of 2%. Despite not meeting its inflation target, the Fed has continued to normalise interest rates.

The slow and gradual interest rate hikes reflect the cautiousness of growth and inflation prospects of the US economy. It was only this year that there seemed to be a more convincing growth trajectory. Thus, the Fed started the gradual unwinding of its balance sheet in October at US$10 billion a month. We continue to view this as a normalisation of US interest rates.

In Europe, the initial political uncertainties from the wave of populism, especially after the Brexit vote and Trump’s victory, were largely reduced with Emmanuel Macron’s convincing win in the French general election. However, the results out of Germany and the UK show that political risk remains.

So, although Europe’s growth for the first three quarters of the year averaged 2.2% (2016: 1.8%), the European Central Bank (ECB) continues to be cautious with its growth outlook and a possible slowdown from Brexit. Thus, the ECB is not expected to raise interest rates anytime soon. However, as an initial step, it will be reducing its monthly bond purchases to €30 billion from €60 billion currently, between January and September next year.

China remains on track to beat its annual GDP growth target of 6.5%, with its 1H2017 growth reported at 6.9%. The government measures to boost declining growth appear to be successful, with the International Monetary Fund revising growth expectations over the next five years to 6.4% per annum — higher than 6% last year. This revision was done despite a continued decline in export growth. The government continues to carefully manage growth expectations amid measures to cool the property market and reduce debt risks.

The stronger growth of the global economy has benefited emerging economies, including Malaysia. The country’s GDP growth for the first three quarters of the year averaged 5.9%.

Malaysia’s exports grew an average of more than 10% due to stronger demand as well as a weaker ringgit. More surprising was the growth in private consumption, which continues to be resilient at about 7%. This is despite poor consumer sentiment, which continues to linger at around 77 (less than 100 indicates negative sentiment).

Certain sectors are likely to experience stronger growth, especially those related to tourism that benefit from a weaker ringgit, which will encourage more foreign and domestic tourism. With inflation rising to between 3.5% and 4% recently, steps have been taken to address the rising cost of living.

Bank Negara Malaysia held the overnight policy rate (OPR) steady at 3% throughout the year. However, it indicated in its latest monetary policy meeting that it may review the current degree of monetary accommodation, given the strength of the global and local macroeconomic conditions. This has resulted in market expectation of a rate hike as early as January 2018.

For the 10 months ended October, the bond market saw a return of 3.7%, according to the TR BPAM All Bond Index, or an annualised return of 4.47%, compared with 4.28% last year. Corporate bonds outperformed government bonds, with returns of 4.52% and 3.48% respectively.

For corporate bonds, the AAA, AA and A segments recorded returns of 4.27%, 4.74% and 4.86% respectively for the 10 months ended October. However, we caution investors that lower credit bonds are generally more illiquid and the valuations of these bonds may not necessarily reflect their market value.

RATE HIKES MAY SLOW GROWTH IN 2018

With the US firmly on the path of interest rate hikes, we view that monetary policies in major economies are likely to remain divergent in the medium term.

While the US seems to be confident of continuing its rate hikes next year, the market seems to be pricing in slower growth in the long term. This is reflected in the flattening of the yield curve, where long-term rates have come down despite the Fed raising interest rates by 50bps this year.

The 10-year US treasuries have fallen 13bps this year while the 30-year bonds have declined 23bps. Long-term yields indicate expectation of future growth. There is concern that the US is hiking interest rates when inflation is still far from its target of 2%. There is an argument that despite reaching almost full employment, it has not been followed by wage growth. Hence, there is a risk that US growth may not be sustainable, especially if Trump’s tax reform does not gain traction.

Rising interest rates and tightening monetary policies will always pose a risk of outflow of funds in emerging markets, Malaysia included. Thus, we expect a rate hike of 25bps in the first half of next year for Malaysia so that the spread between US rates and Malaysia’s OPR will not become too narrow. This hike will also address the negative interest rate, given that inflation is near 4%.

We think it will be a challenge for Bank Negara to have more than one hike in view of poor consumer sentiment and high household debt. A more aggressive rate hike will certainly affect our growth going forward.

While the spread between US and Malaysian interest rates may narrow going forward, we do not think there will be a huge outflow of funds from the bond market (Malaysian Government Securities). That is because major foreign holders of MGS are long-term investors such as central banks, sovereign wealth funds and pension funds. However, we do not expect the foreign holdings in MGS to increase either. We expect the foreign holdings to remain at the 38% to 42% level (currently 42%).

The MGS market will continue to be supported by local institutional funds, especially if the yields become attractive. This is the trend we have seen this year and expect to continue into 2018.

With less foreign interest in MGS, we expect yields to remain attractive and see the 10-year MGS hovering at the current level of 4.1%. With higher MGS yields, corporate bonds are expected to be priced at higher yields, making corporate bonds with good credit an attractive investment.

Our strategy is to reduce duration risk and enhance yield by going overweight on good quality corporate bonds. We expect a return of 4.75% to 5.25% for an actively managed bond fund.

Investors need to take into consideration the different segments of the corporate bond space. We generally prefer bonds that are liquid and of higher quality.

Investors looking for a lower risk asset class as an alternative to fixed deposits should invest in a high-quality bond fund. From 2007 to 2016, the average yearly return for a three to seven-year all bond index was 4.2% per annum, compared with a 12-month fixed deposit rate of 3.3% per annum. The volatility for bonds is low, with a standard deviation of 1.24%.

The Securities Commission Malaysia recently announced that it would allow individuals to invest directly in the bond market. This will create another pool of investors in the bond market, which currently consists of institutional investors such as bankers, pension funds, asset managers, insurance companies and government-linked institutions.

However, we expect interest to depend on the type of bonds offered to retail investors and the cost of the investment. There is a need to educate individuals on the benefits and risks of investing directly in bonds.

Of course, there are other factors for retail investors to consider before investing in a bond fund. These include the fund managers’ historical track record, which includes past performance and volatility of the fund, permitted investments of the fund, who the individual fund manager and trustee is, and all the fees associated with the fund such as service charge (generally, a bond fund should not charge a high entry fee, if any at all), management fee, fund size and the movement of the fund size. All this information can be obtained from the prospectus.

In times of heightened global political risks, markets uncertainties, slower economic outlooks and flattening yield curves, high investment-grade fixed-income securities are expected to perform better than riskier assets such as equities. We think that as we head into 2018, high investment-grade fixed-income securities should be a big part of investors’ asset allocation. They are certainly a better alternative to fixed deposits in fighting inflation.