Law may give mayor power, but he wouldn’t dare go against Minister, court told 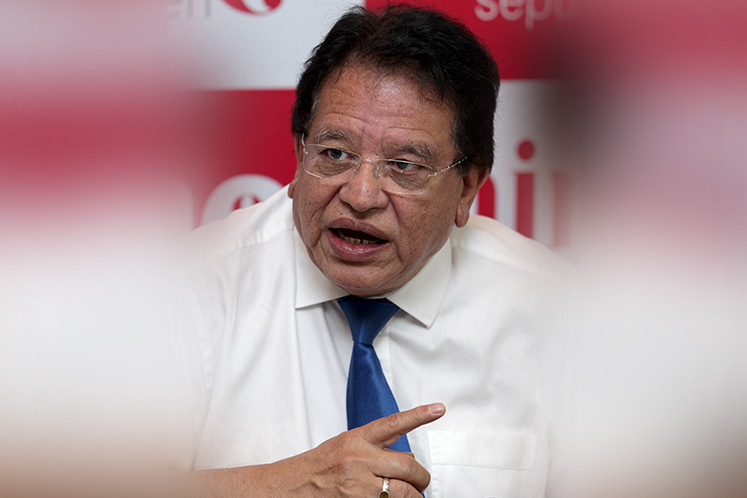 KUALA LUMPUR (July 3): The city’s mayor may be empowered by law to decide on Kuala Lumpur City Hall (DBKL) land sale matters, but it doesn’t mean he would dare to go against the Federal Territories Minister’s “suggestion” on such matters, the High Court heard today.

In the first letter dated Aug 26, 2015, Aset Kayamas appealed for a discount on the price of the land, and also for a postponement on the payment of the 10% downpayment for the two lots.

A handwritten note from Tengku Adnan that read "Mayor, please postpone 10% payment for three months" was seen in the letter forwarded to Mohd Amin.

DBKL then approved the request based on the Minister’s “suggestion”.

Another letter was sent by Aset Kayamas to Tengku Adnan on Feb 3, 2016, asking for another payment postponement and a reduction in an increase to the sale price from 20% to 10%.

Tengku Adnan had sent a handwritten note that read: ”YBhg Datuk Seri Mayor, Agree with land value plus 10% and deferment of the payment to April 1, 2016”.

Tan: Based on Section 101 of the Local Government Act 1976, the power to sell DBKL’s land was given to the local authority, but not the Minister.

Tan: The law provides the local authority power to sell the land to developer, but does it require the Minister’s consent?

Tan: When the Minister gives good, reasonable suggestions that would benefit the people of Kuala Lumpur, and also DBKL staff, DBKL will agree (with that suggestion)?

Tan: At the end of the day, the ultimate power lies in the hands of DBKL? The Minister can give suggestions, but if DBKL does not agree…

Amin: Maybe the power lies with the  mayor but the mayor would not dare to make the decision.

His reply drew laughter from the public gallery, with Tan remarking that it was a "fair statement".

Mohd Amin, however, agreed with Tan that the decision to sell two lots of DBKL’s land to Aset Kayamas was made by DBKL with the consent of the Minister.

Tan: I suggest to you, Datuk Seri Tengku Adnan merely conducted his statutory duty when he consented the sale?

Amin: I’m not sure. When it is about laws, I face difficulties.

Earlier, Mohd Amin agreed with Tan that Tengku Adnan had consented to Aset Kayamas’s request as the developer was giving DBKL a very good deal.

In addition to that, the developer had also offered to sell 120 units of affordable homes to DBKL staff, and also to build a hostel for the DBKL training institute on the 0.5 ha land it bought.

Mohd Amin said it would be “rare” for DBKL to disagree with the Minister’s proposals, noting that it would usually provide alternatives to the Minister if it disagreed.

Mohd Amin, however, agreed that in this case, DBKL agreed with what was decided by Tengku Adnan.