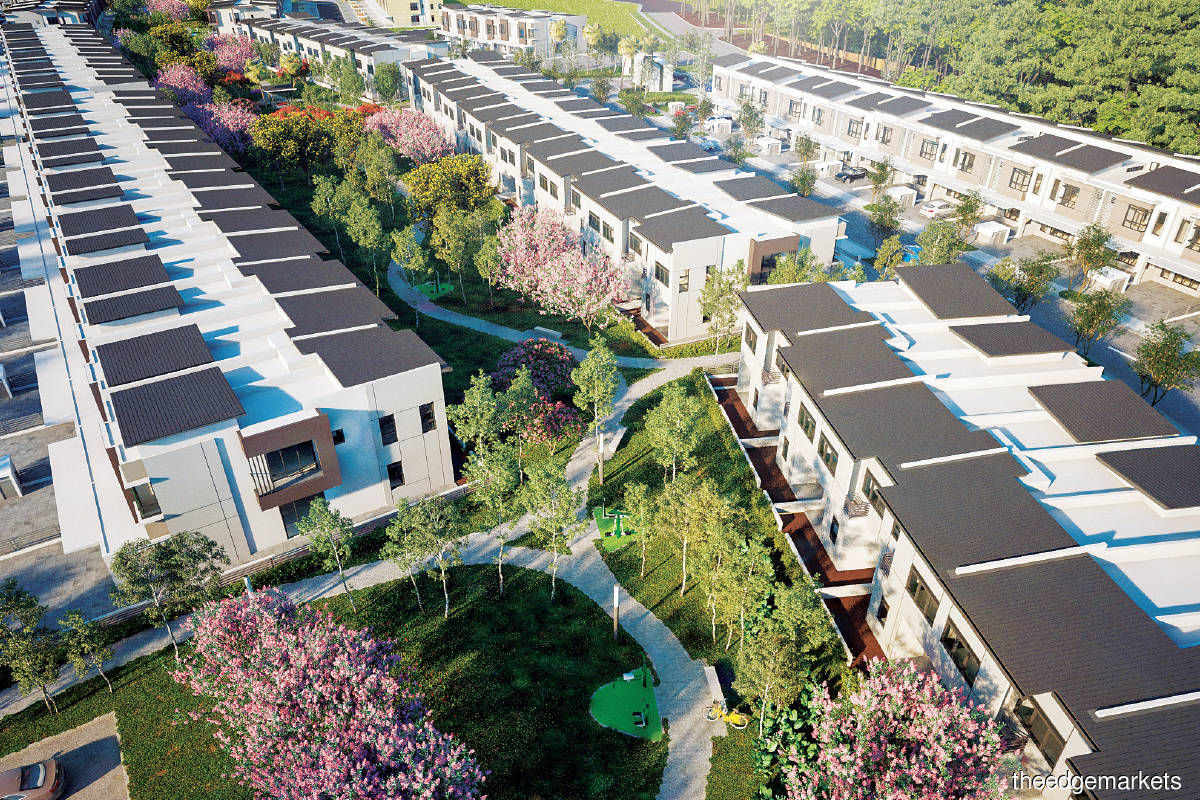 Of the 146 landed properties at Amaya @ Maple Residence, 80 units were taken up during the official launch on Aug 8. (Pictures by Gadang Land)

Gadang Land Sdn Bhd, the property arm of Gadang Holdings Bhd, launched its second and last phase of landed homes at its Maple Residence development on Aug 8. The stratified project is located within its 121-acre freehold mixed-use township Laman View in Cyberjaya.

The second phase, known as Amaya @ Maple Residence, has a gross development value of RM139.4 million. Units offered measure 22ft by 70ft and 22ft by 80ft, with built-ups ranging from 2,133 to 2,823 sq ft. Prices start from RM1.05 million to RM1.5 million and the development is slated to be completed in three years from the sale and purchase date.

Of the 146 double-storey terraced houses offered, 80 units or about RM92 million worth of properties were taken up during the official launch. Buyers were able to select their units online.

“We decided to do the unit selection event online because of [social distancing] standard operating procedures. As many people registered for the project, unit selection was conducted on a balloting basis. The balloting event was held earlier on [Aug 6] with 110 registrants,” Gadang Land head of finance and sales Kok Pei Shing tells City & Country via a phone interview. Kok: As many people registered for the project, unit selection was conducted on a balloting basis. (Photo by Patrick Goh/The Edge

“We opened for registration about a month ago and the purchasers chose their preferred units within five hours, which is considered a very good response. We don’t think the remaining units will be an issue as there are not many units left. [Moreover], this is the last phase of landed development in Laman View,” she adds.

According to Kok, some of the interested purchasers dropped out as they could not get their preferred units. The majority would go for either the corner and end-lot units or Type B units that are located in the inner section of the development with more green areas.

Residents in Phase 1 can already enjoy the facilities at the fully equipped residents’ clubhouse, which comprise the infinity, wading and lap pools, a pool deck, Jacuzzi, reflexology path, children’s theme park, barbecue area, sauna and steam room, half basketball court and gym. There is also a 3.97-acre central park, which is 570m in length, and a 4.2km jogging track around the development.

In addition to landed properties, ­PR1MA housing and a verdant six-acre central park, Laman View will also be home to condominiums and commercial developments in the future.