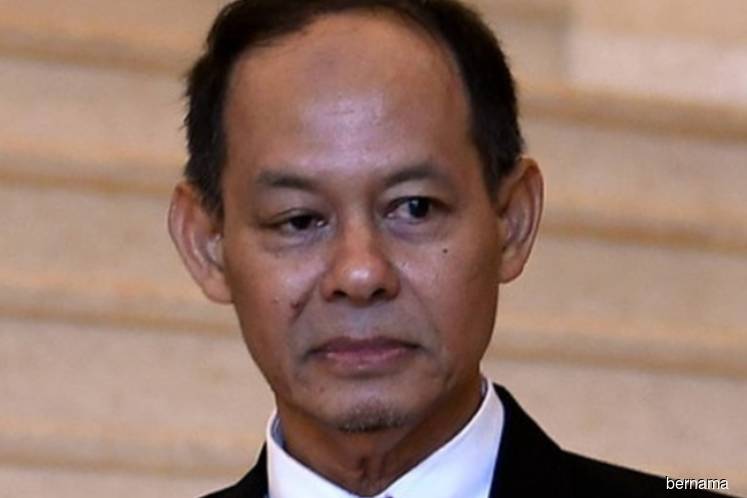 Speaking to the press at the MACC headquarters today, the recently-appointed Shukri said that at the height of the investigation, the then Attorney General refused to authorise a Mutual Legal Assistance (MLA) for the agency to verify the prince's claim.

"There is a letter to show that the donation came from a Prince of Arab," he said.

"Our officers then went to Saudi. But rather then us pursuing our subjects, somebody came and introduced the prince to us instead," he said.

"When we asked where is the supporting document, he cannot produce [them]... We needed an MLA from the A-G to pursue and find out whether the claim was true, but he refused to [authorise it for us]," he added.

Shukri explained that an MLA — authorised by the A-G — is required by the MACC to record statements from non-Malaysians overseas, among others.

According to Shukri, the MACC has obtained the bulk of domestic evidence tied to investigations on SRC International and allegations of RM2.6 billion funneled into Najib's account, immediately before the cases were closed under the instruction of then A-G Tan Sri Apandi Ali.

"With the new A-G, we can now try our best to send MLA to them," Shukri said.

However, he acknowledged that the agency has experienced difficulties in dealing with Arab countries.

"We had no problem with the U.S., Luxenbourg, Swiss authorities... But we have had difficulties dealing with Arab countries [such as] Qatar, Saudi Arabia, UAE," he added.

Former A-G of Malaysia Tan Sri Apandi Ali has previously rejected requests from Swiss and American authorities for MLAs regarding their probes into 1MDB.