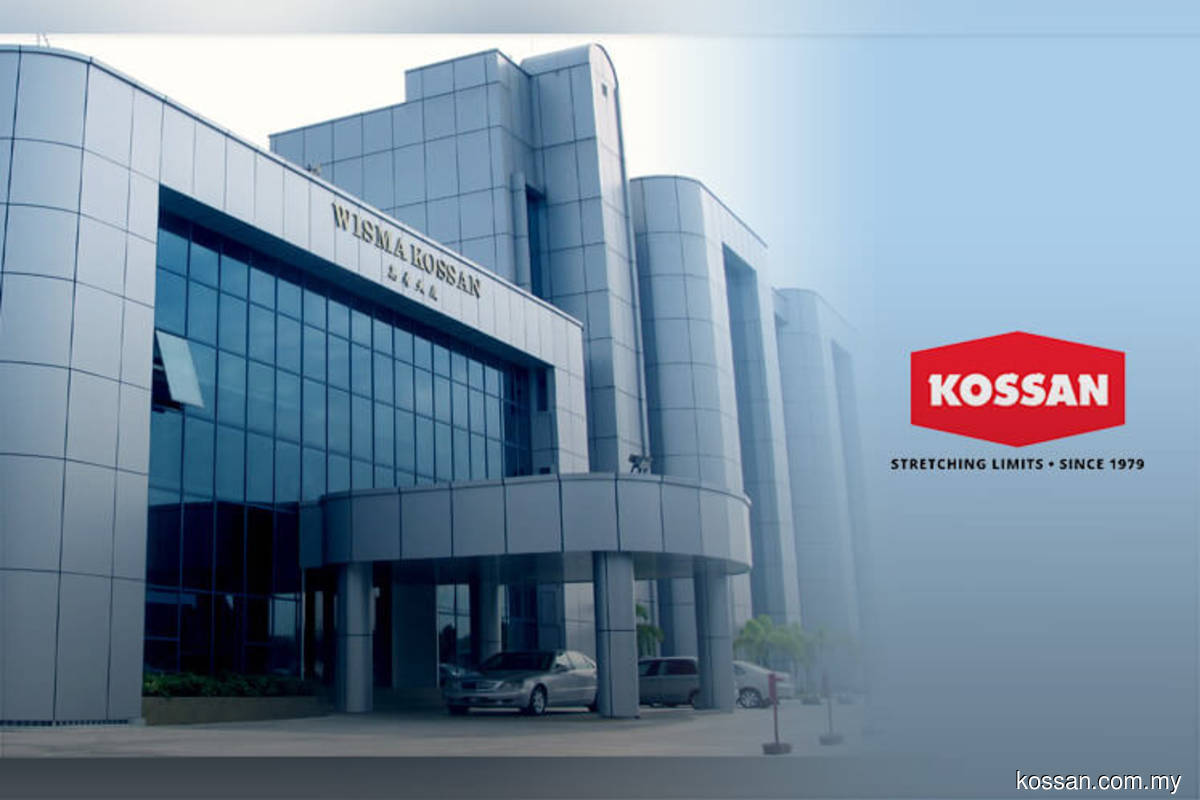 The company declared a third interim dividend of 12 sen per share, to be paid on Nov 19. The ex date for the dividend is Nov 8. It has declared a total dividend per share of 36 sen so far for the financial year ending Dec 31, 2021 (FY21).

Kossan said it expects the results for the gloves division for 4QFY21 to be within expectations and for the overall FY21 to be satisfactory.

It added the group has always had an internal focus and is prepared for the post-pandemic period with a focus on operating efficiency, manufacturing excellence, research & development and innovation.

However, Kossan's earnings were substantially higher on a year-on-year (y-o-y) basis. The glove maker's quarterly net profit was 51.5% higher compared with RM348.74 million a year earlier mainly due to the higher average selling price (ASP) from the gloves division.

Earnings per share were up to 12 sen in 3QFY21 compared with three sen in the same period last year, its filing with Bursa Malaysia on Thursday showed.

Revenue grew 26% y-o-y from RM1.03 billion previously due to higher revenues generated from the gloves and clean room divisions but offset by the lower revenue from the TRP division.

On prospects, Kossan said the demand for personal protective equipment (PPE) including protective gloves has increased significantly as a result of the pandemic.

Kossan noted that it has also embarked on the construction of Plant 20, to be fully commissioned in 4QFY21 in line with the increased demand for gloves.

"As we move into the fourth quarter of 2021, with the ongoing vaccinations and higher vaccination rates recorded in the developed and developing countries, Covid-19 cases categorised as severe have declined. As such, the demand for gloves has eased with ASP also declining on a gradual basis," it said.

Post-pandemic, Kossan foresees the demand for gloves will continue to undergo structural growth as a result of increased healthcare standards and hygiene awareness in both the medical and non-medical sectors.

"For the TRP division, the anticipated gradual uptick in economic activity and infrastructure spending domestically and regionally will continue to bode well for the infrastructure and automotive segment and the group expects this division to remain profitable in 2021.

"With the long-term relationships with our customers and continued demand for the group's products in the gloves and clean room divisions coupled with a stable TRP division, [Kossan's] management is confident that FY21 will be an exceptional year for the group compared with FY20," it said.