Know Your Stuff: Getting ready for vacant possession? 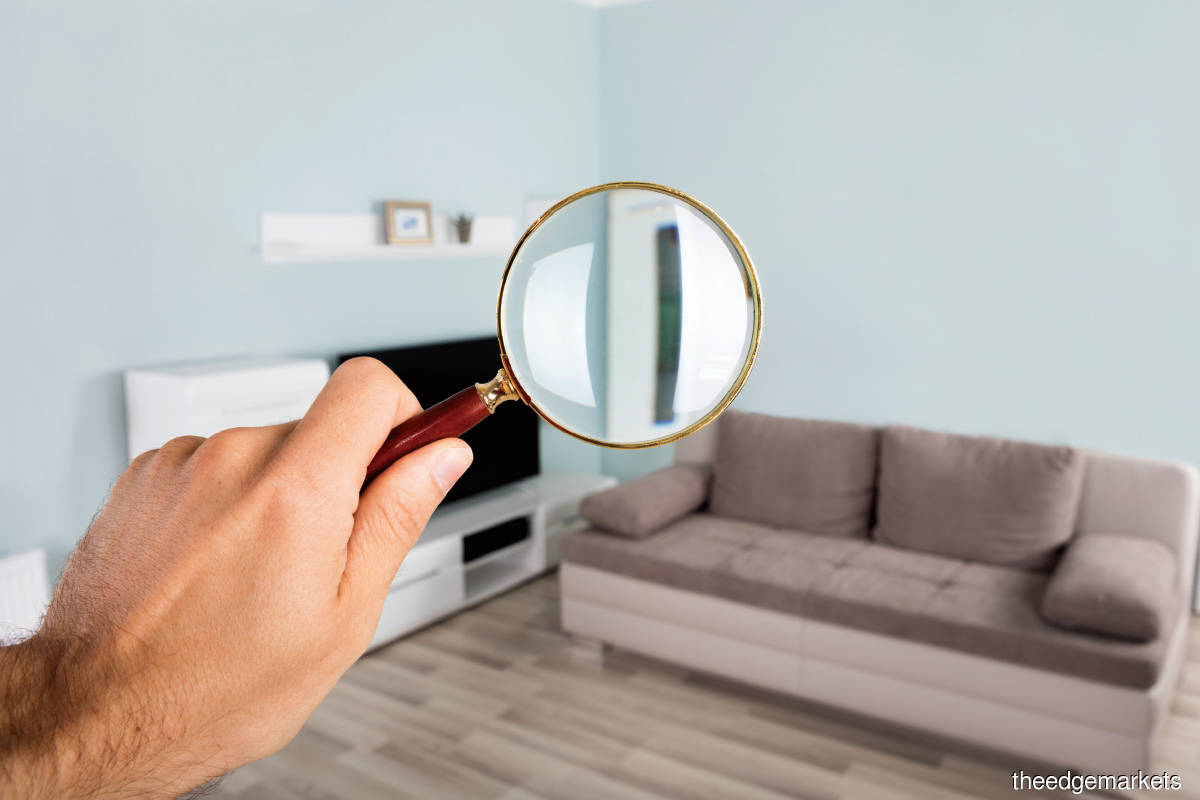 Getting ready for vacant possession?

For many people, buying a home is one of the biggest decisions they will ever make due to the costs involved. It could be even more daunting for those who buy a home off-plan as they do not know what to expect or do when they get the house keys upon vacant possession (VP).

This article looks at VP of a property in a stratified housing development in Malaysia, in which the sale and purchase agreement (SPA) is regulated under Act 118. For commercial properties, the SPAs are not regulated by the government. Thus, the conditions and provisions for VP of these properties may vary.

According to Architect Centre Sdn Bhd director and accredited building inspector Anthony Lee Tee, VP of a property in a stratified housing development is the delivery of a brand-new property based on a promise made, within the statutory period for delivery of completed residential units stated in the SPA.

“The time for delivery of VP is regulated under the Housing Development Act 1966 (Act 118), which is 24 months for landed properties and 36 months for stratified developments. The delivery of VP will only take place with a notice of vacant possession issued by the developer to the purchaser upon completion of the building with CCC (certificate of completion and compliance), built based on the approved drawings and specifications annexed in the SPA,” he explains.

“By now, your expectations after years of waiting would have been heightened with mixed feelings of excitement and anxiety. This ‘unboxing’ is unique as you were unable to check it out first. You relied on the brochure, scale model and, in some instances, a show house to visualise the completed product. Therefore, it is good to know your stuff ahead of the anticipated VP.”

Architect Centre is the architectural service centre of Pertubuhan Akitek Malaysia. It provides the public with property inspection and building advisory services conducted by accredited architects.

There are several considerations for buyers when the property is ready for VP. These include the timing, expenses and the defect liability period.

For a start, there are several expenses related to VP, namely the memorandum of transfer for the strata title issued along with VP; revision and adjustments of bank loan repayments; payments of quit rent and assessments (apportionment based on the date of VP or deemed VP); mandatory insurance contribution for common property; utility connections and deposits with the utility company; renovations and fit-out works and the relevant deposit with the management; as well as the service charge and sinking fund payment.

Then, check the SPA and the expected date of the VP, which is usually within 24 months from the date of the agreement for landed properties and 36 months for stratified

developments. Lee reminds purchasers of a recent court ruling that determined that the date of agreement starts from when the booking fees are paid.

He notes that purchasers may be entitled to claim for liquidated damages (LD) if VP is delayed, the calculation of which is based on the rate stipulated in the SPA. However, if VP is delayed due to Covid-19-related reasons, it is important that they check to see if the developer has obtained an extension of time for delivery of VP based on the Covid-19 Act.

“If the developer obtains an extension of time for the delivery of VP based on the Covid-19 Act, is the purchaser familiar with the provisions of the Act and the nature of the extension? Also, if the purchaser is not able to be in the country due to travel restrictions, can he take legal possession or vacant possession of the property?” he asks.

“If the purchaser assigns a third party to collect the keys on his behalf, what is the authorisation process? Also, upon the expiry of the 30-day notice of VP by the developer, whether or not the purchaser has actually entered into possession of the said property, the purchaser shall be deemed to have taken delivery of VP. If unsure, the purchaser should seek clarifications from his lawyer. [Make sure] you [are] legally represented, whereby your lawyer is acting in your interests.”

It is important for the purchaser to collect the keys and check the property as soon as possible. It is also important to inspect the common areas. The local authority’s standard operating procedure on restricted usage should not prohibit the buyer from conducting an inspection.

According to Lee, VP essentially triggers the defect liability period of the parcel, accessory parcel and common property, which is 24 months as stated in the SPA. Based on the salient reference to the Strata Management Act 2013, it also means the beginning of the developer’s maintenance period of up to 12 months and the countdown towards the formation of the joint management body (JMB) and/or management committee (MC).

“And you are now required to take over the risks, liabilities and obligations of your unit as a parcel owner. After you check your property, be prepared to pass the keys back to the developer for any repairs of defects to be carried out,” he notes.

“Monitor the completion of repairs in line with your own renovations before moving in or coming up with a tenancy agreement. Also, by the time the JMB is formed and/or property manager is engaged, the defect liability period would be close to expiration.”

There are areas that are often overlooked during the inspection of common areas, especially those in inaccessible areas or are hard to reach. These include the plant and equipment rooms (such as lift motor rooms, electrical switch boards and pumps); functionality of fire-fighting system, sewerage and rainwater pipes concealed in boxed-up risers; water tanks, submersible equipment, embedded cables and in-ceiling installations; high-level wall façades, windows, skylights and roof; escape staircase; basement walls; concealed services, especially areas covered with ceilings and interior design finishes; as well as desk studies on the adequate, accurate, endorsed, approved and as-built drawings, documents and warranties provided to the JMB or property manager for the purpose of maintenance and management.