In The Know: What is the Sharpe ratio? 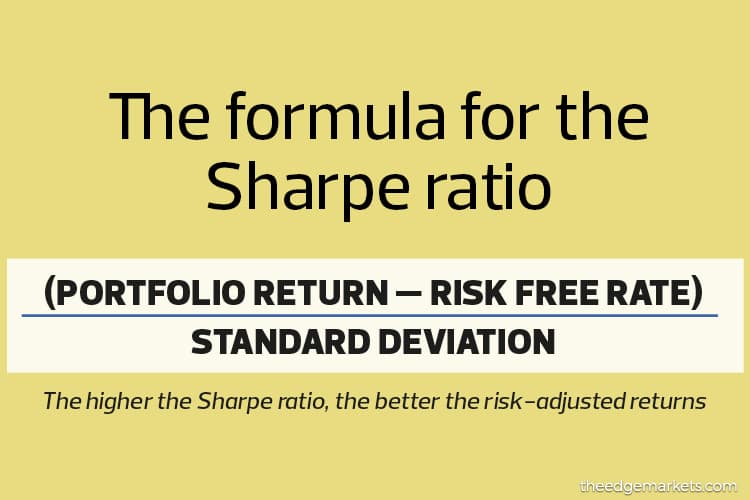 The Sharpe ratio is a common measure used to evaluate the performance of unit trust funds. It gives investors an indication of how a particular fund is performing from a risk-adjusted perspective. The higher a fund’s Sharpe ratio, the better its risk-adjusted return.

In comparison, the total return metric only tells investors how much money a fund is making over a period of time. It does not take into account the amount of risk taken by a fund manager to achieve that return. A fund that generates a high total return could be associated with high risk and volatility that many investors may not be able to stomach.

For instance, let’s say there are two unit trust funds with the same investment mandate, both of which have achieved 50% total returns in the past three years. Fund A has a Sharpe ratio of two while Fund B is one. Investors might prefer Fund A as the higher Sharpe ratio means the fund manager has taken less risk, compared with the other fund, to achieve the same percentage of returns.

How is it calculated?

To calculate the Sharpe ratio, one has to have three sets of numbers in hand — the fund’s return, standard deviation of its investment portfolio and the risk-free rate represented by the yield of government bonds.

The standard deviation represents the volatility of an investment portfolio. Simply put, it reflects how far the returns of the portfolio deviate from its average return over the years. The higher the standard deviation, the more volatile the fund performance and vice versa.

With the three sets of numbers, the Sharpe ratio can be derived by deducting the risk-free rate from the investment portfolio return, which is then divided by the standard deviation rate.

The man behind the ratio

William F Sharpe is an American economist who was awarded the 1990 Nobel Memorial Prize in Economic Sciences. He was born on June 16, 1934, in Boston, Massachusetts, but moved to Texas, and then to California when World War II broke out. 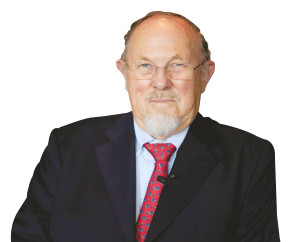 Sharpe, who came out with the ratio, won the 1990 Nobel Memorial Prize in Economic Sciences

After a short stint with the army, Sharpe joined RAND Corporation, a research organisation that develops solutions to public policy challenges, as an economist in 1956. At the same time, he was pursuing a PhD in Economics at UCLA.

In the following years, Sharpe became well known for his role in developing the capital asset pricing model (CAPM), which describes the relationship between systematic risk and expected returns of assets, especially stocks.

The Sharpe ratio, developed and named after him, has become the most widely used method for calculating risk-adjusted returns today.