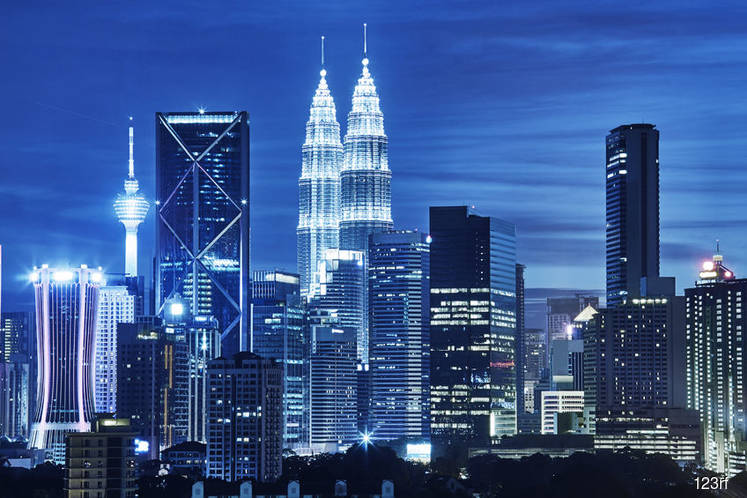 PETALING JAYA (Aug 23): An uptick in enquiries from potential buyers due to renewed confidence in the new government has been noted by property consultancy Knight Frank, and the luxury condominium segment in Kuala Lumpur is expected to see improvements this year

In the first quarter of the year, 216 condominiums and apartment units changed hands.

The numbers are marginally lower compared to the 238 transacted units in the fourth quarter of last year.

“The recent echo of improving sentiments coupled with strong growth momentum of the economy and rebound of oil prices among others, show that there is a window of opportunities for recovery in the property market, including the high end segment,” Knight Frank said in its Real Estate Highlights report for the first half of 2018, as reported by The Star.

“Malaysia is expected to return to the radar of investors after the market stabilises with more clarity in the policies of the newly-elected government.”

“The zero-rating of the goods and services tax (GST) is expected to boost the commercial sub-sector as buyers purchasing commercial properties during the tax holiday period pay 0% GST.

“Thus, we expect to see more activities in this market segment.

“As for the housing sector which is already GST exempted, there will not be significant price movement in the short term.

“In the primary market, with more developers going on countrywide roadshows to promote recently-launched products and to clear existing property stock by offering rebates and better promotional packages, we expect sales to pick up albeit slowly.”

The rental market, believed to have already bottomed out, is also receiving more enquiries, according to the property consultant.

Knight Frank said rentals of most high-end condominium/serviced apartment schemes in the first half of 2018 had continued to hold steady.

“Asking rentals in Bangsar, however, were noted to be generally lower.

“Within the Kuala Lumpur city centre, amid the tight leasing market, owners with weaker holding power are turning to the online marketplace and hospitality service operators such as Airbnb, to offer their accommodation for short-term stay at higher yields.”

The daily reports that Kuala Lumpur city centre mismatch of supply and demand continues to put pressure on secondary pricing.

“Meanwhile, asking prices in other localities under review remained stable. In the locality of Ampang Hilir/U-Thant, the launched price of Impression U-Thant starts from RM1.3mil (or around RM1,700 per sq ft).

“The pricing on per sq ft basis is higher compared to other existing projects in the vicinity as the units offered are smaller in size and semi-furnished.”

“Inspirasi Mont’Kiara was launched at RM776 per sq ft onwards while units at Damansara Fifty6 commanded an average pricing of RM830 per sq ft.”

The Star cites Knight Frank, which said that in the secondary market, transacted prices of mid-to-large sized condominiums/serviced apartments (1,300 sq ft to 3,400 sq ft) in selected locations such as The Troika and Pavilion Residence remained resilient, averaging at RM1,200 per sq ft and RM1,700 per sq ft respectively.

National Property Information Centre data says unsold completed residential units totalled 34,532, and was worth RM22.26bil as at the first quarter of this year. The numbers include serviced apartments and small office home offices (SoHos).

This marks a 55.72% increase in unsold units, compared to a year ago.