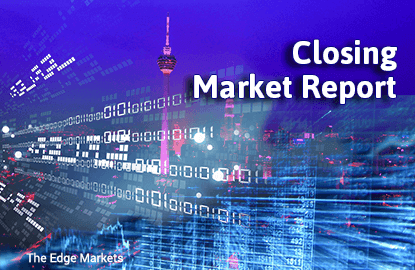 KUALA LUMPUR (Oct 21): The FBM KLCI closed 2.8 points or 0.2% higher today, as investors awaited the tabling of Budget 2017 in Parliament.

The benchmark index closed at 1,669.98, after moving between 1,663.97 and 1,671.57. The index erased earlier losses in the final hour of trading as Prime Minister Datuk Seri Najib Razak started his Budget speech, supported by banking counters such as CIMB Group Holdings Bhd and Malayan Banking Bhd.

In his speech, the prime minister said revenue collection in 2017 is expected to expand at around 3% to RM219.7 billion. In addition, the government is expected to achieve the fiscal deficit target of 3% of gross domestic product (GDP) in 2017, compared with 3.1% this year.

“Besides the announcement of Budget 2017, there are many external factors that investors keep an eye on, such as the movement of ringgit against the U.S. dollars,” he said.

Reuters reported Asian stocks were mostly lower today, as the dollar climbed to seven-month highs against a basket of currencies and dragged down crude oil prices, cooling investor risk appetite.

The greenback was boosted by a fall in the euro, after the European Central Bank shot down talk it was contemplating tapering its monetary easing — sending the common currency to its lowest since March.

On Bursa Malaysia, 1.44 billion shares, worth RM2.05 billion, were traded. Decliners outnumbered gainers t 392 to 327, while 409 counters were unchanged.