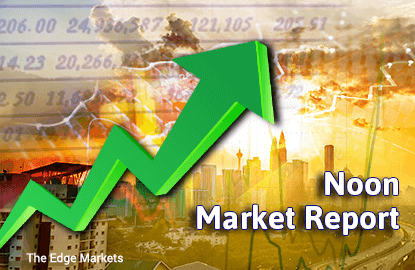 KUALA LUMPUR (Nov 10): The FBM KLCI stabilised today as the broader market sentiment turned bullish after the knee-jerk reaction yesterday that saw massive sell off at most regional markets in the aftermath of a surprise Donald Trump victory to take the White House.

Asian shares rebounded on Thursday and the dollar firmed in a remarkable snapback from the shock of Republican Donald Trump's presidential victory, though the speed of the reversal left some market watchers scratching their heads, according to Reuters.

The Nikkei duly recouped all of Wednesday's 5% loss and more, to trade up roughly 6%, as the yen weakened, following the previous session's surge, it said.

AffinHwang Capital Research said panic in Asian Markets yesterday simply reflect how the inefficient markets “at work”, hence confirmed its anticipation on the short term noise, as opposed to the U.S. and Europe markets, which surged firmly.