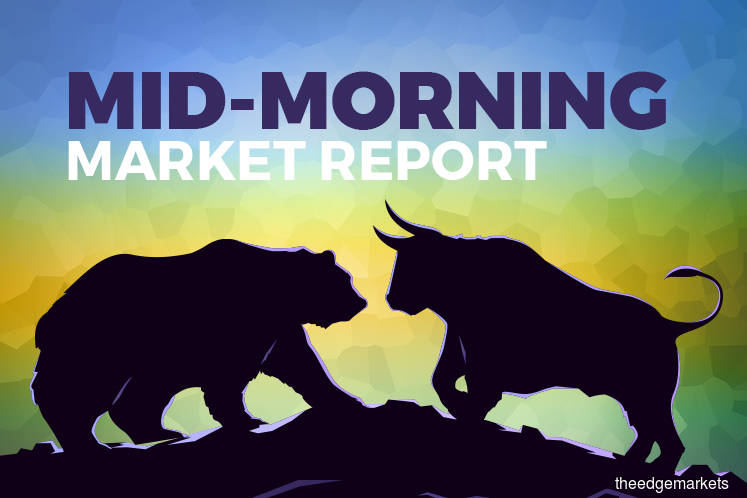 KUALA LUMPUR (Jan 24): The FBM KLCI pared some of its losses at mid-morning Friday in holiday-shortened trading, against the backdrop of flat regional markets.

Reuters said stocks made a barely positive start in early Asian trade on Friday after the world's health body called it a little too early to declare a coronavirus outbreak a global emergency.

But worries over rapid spread of the deadly virus kept investors on guard as millions of Chinese travel during the Lunar New Year holiday period, it said.

"Chart-wise, the index remained below the crucial 1,600-point level and 20-day SMA.

"Coupled with the bearish crossover signal from MACD, we expect the index to experience a near-term consolidation.

"A resumption of the uptrend could be underway only when the index breaks out from the existing consolidation pattern by breaching the 1,600-psychological mark convincingly. From here on, its overhead resistance can be seen at 1,630 (R1) and 1,650 (R2)," it said.