KLCI up marginally on last minute buys of select heavyweights 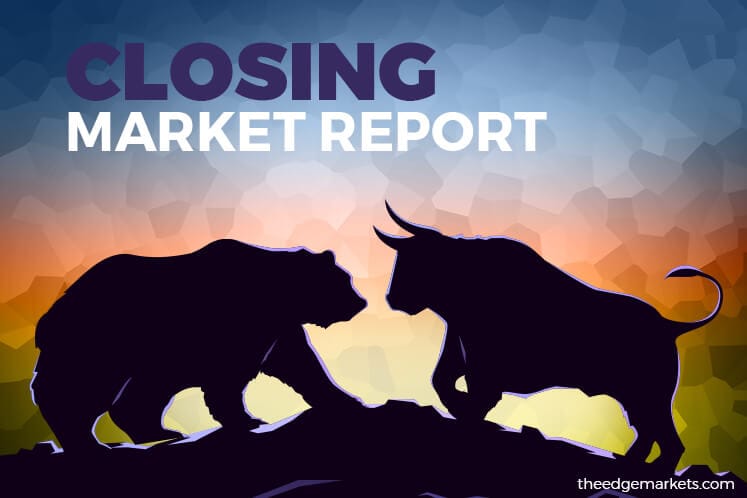 KUALA LUMPUR (Aug 28): The FBM KLCI inched up 0.32 points or 0.02% to settle at 1,769.49 today, on the back of last minute buying of selective index heavyweights, which sent the KLCI marginally higher.

Malacca Securities Sdn Bhd senior analyst Kenneth Leong said the benchmark index was in a tight range today, after being dragged by the refinery sector earlier in the day, like Hengyuan Refining Company Bhd and Petron Malaysia Refining & Marketing Bhd.

"There was last minute buying from investors on selective index heavyweights, which sent the KLCI marginally higher in the last minutes before trading ended," he said.

Nevertheless, he said the KLCI remained sluggish in the final hour of trading, despite hovering in the positive territory, due mainly to profit-taking ahead of the extended weekend break.

"In the refinery sector, both Hengyuan and Petron have seen selling pressure. Hengyuan was the top loser after weaker-than-expected corporate earnings," he told theedgemarkets.com.

At market close, there were 557 declining counters versus 278 advancers, while 369 were unchanged. Across Bursa Malaysia, a total of 1.78 billion shares worth RM1.65 billion were traded.

Reuters reported that Japanese stocks ended flat in thin trades on Monday, as investors assessed the impact of a weaker US dollar after the greenback came under pressure after Federal Reserve chair Janet Yellen made no reference to monetary policy at the central bank's annual conference in Jackson Hole, Wyoming, while casualty insurers fell on worries about the impact of the tropical storm Harvey.

The Nikkei share average was flat at 19,449.90, after logging its sixth straight weekly fall on Friday for its longest losing streak since January 2014, the news wire noted.

"Investors are waiting for more catalysts, and they will likely refrain from taking large positions until important economic indications come out this week," said Chihiro Ohta, general manager of investment research at SMBC Nikko Securities.