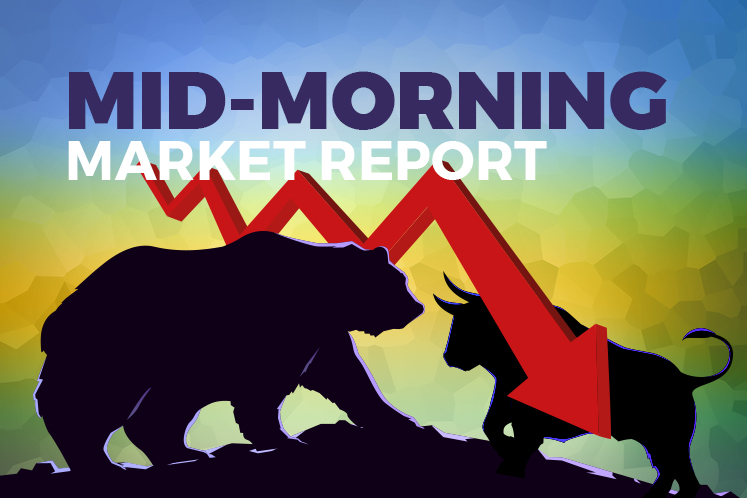 Reuters said Asian stock futures were under pressure on Wednesday after a late, sharp sell-off on Wall Street and as oil prices slumped under pressure from swelling global supplies.

Hong Kong futures were down following two days of gains. Australian shares were expected to open lower as warnings of an economic slump and a spike in unemployment due to the coronavirus pandemic dampened sentiment, it said.

Hong Leong IB Research said with the Dow gapping upwards and trading softer throughout the session amid the emergence of profit-taking activities, especially after a 29.7% rebound from the recent bottom on the Dow, it expects similar trading tone on the local exchange.

“Despite several stimulus package to cushion the impact of Covid-19 from our government, traders are advised to deploy the sell into rally strategy for the near term as we believe the FBM KLCI is facing a stiff resistance along 1,370-1,400,” it said.