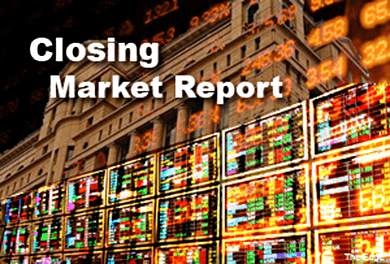 At 5pm, the KLCI fell 0.39 point to settle at 1,734.37 on losses in stocks like SapuraKencana Petroleum Bhd and Petronas Chemicals Group Bhd.

“The market today is very quiet. The volume is very low. One of the reasons could be that the market wants to see a better, clearer picture on the political factors,” Inter-Pacific Securities Sdn Bhd senior dealer Sam Ng told theedgemarkets.com today.

Japan's Nikkei 225 added 0.12% while Hong Kong’s Hang Seng rose 1.39%. Reuters reported that Hong Kong stocks ended a volatile week with a solid gain, as fears of possible spread of a deadly respiratory disease — which two days ago triggered some selling — continued to ease.

Reuters also reported that Asian stocks took the cue from Greek debt talks, which took another confusing turn. The International Monetary Fund decided to leave negotiations in Brussels and fly home because of major differences with Athens.

In currency markets, the ringgit weakened to 3.7610 against the US dollar as Greece's financials concerns generated demand for the US dollar.

Reuters reported that Asian currencies were mostly steady to lower versus the dollar on Friday as uncertainty over the fate of Greece's negotiations with international lenders hurt risk sentiment.