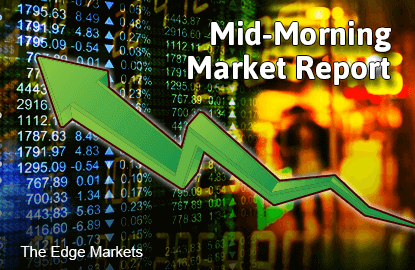 Asian shares steadied in cautious early trade on Tuesday, as investors were reluctant to make any big moves amid volatile crude oil and before a widely anticipated US interest rate increase by the Federal Reserve later this week, according to Reuters.

Markets were also focused on whether the People's Bank of China would continue to guide its currency lower, with traders wary about the central bank's intentions after it set the yuan/dollar official midpoint at 4½-year lows in recent session, it said.

"Nevertheless, we are of the view that the selling pressure is abated as oscillators are getting into oversold zone.